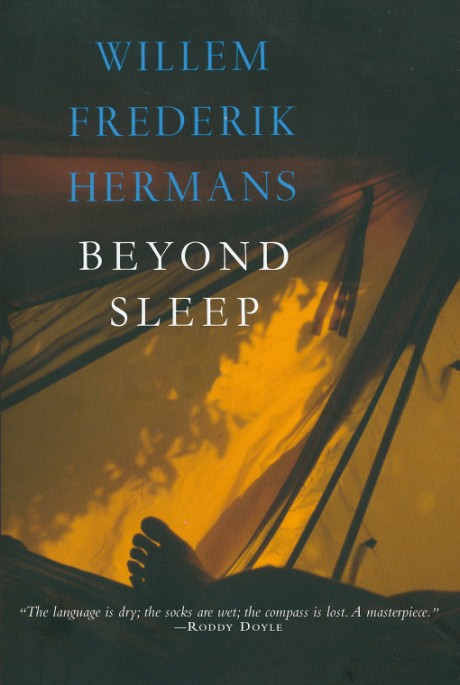 The young Dutch geologist Alfred Issendorf is determined to win fame for making a great discovery. To this end he joins a small geological expedition, which travels to the far North of Norway, where he hopes to prove a series of craters were caused by meteorites, but ultimately realizes he's more likely to drown in a fjord or be eaten by parasites. Unable to procure crucial aerial photographs, and beset by mosquitoes and insomnia in his freezing leaky tent, Alfred becomes increasingly desperate and paranoid. Haunted by the ghost of his scientist father, unable to escape the looming influence of his mother, and anxious to complete the thesis that will make his name, he moves toward the final act of vanity which will trigger a catastrophe. A deadpan comedy often subtly calling up the works of Heller or Vonnegut at their best, Beyond Sleep is a unique and illuminating examination of how hard it is to be a true pioneer in the modern world. Beyond Sleep is a masterpiece.