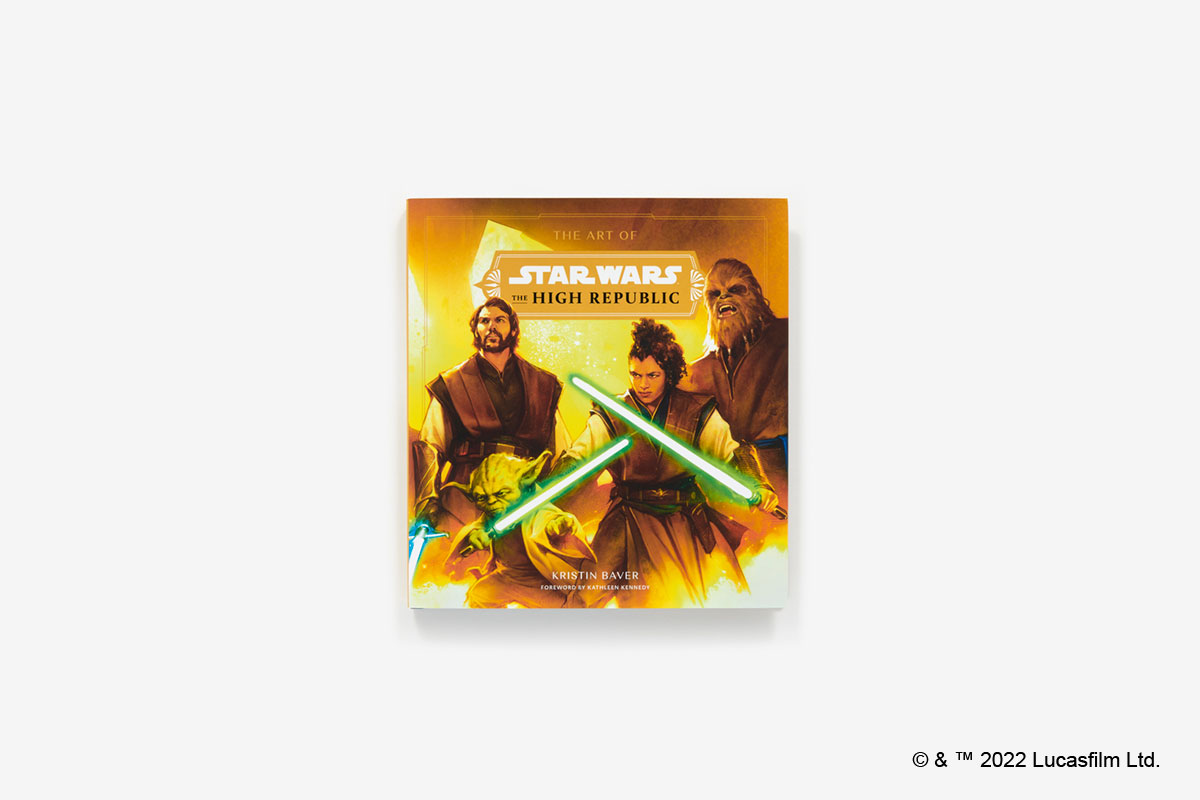 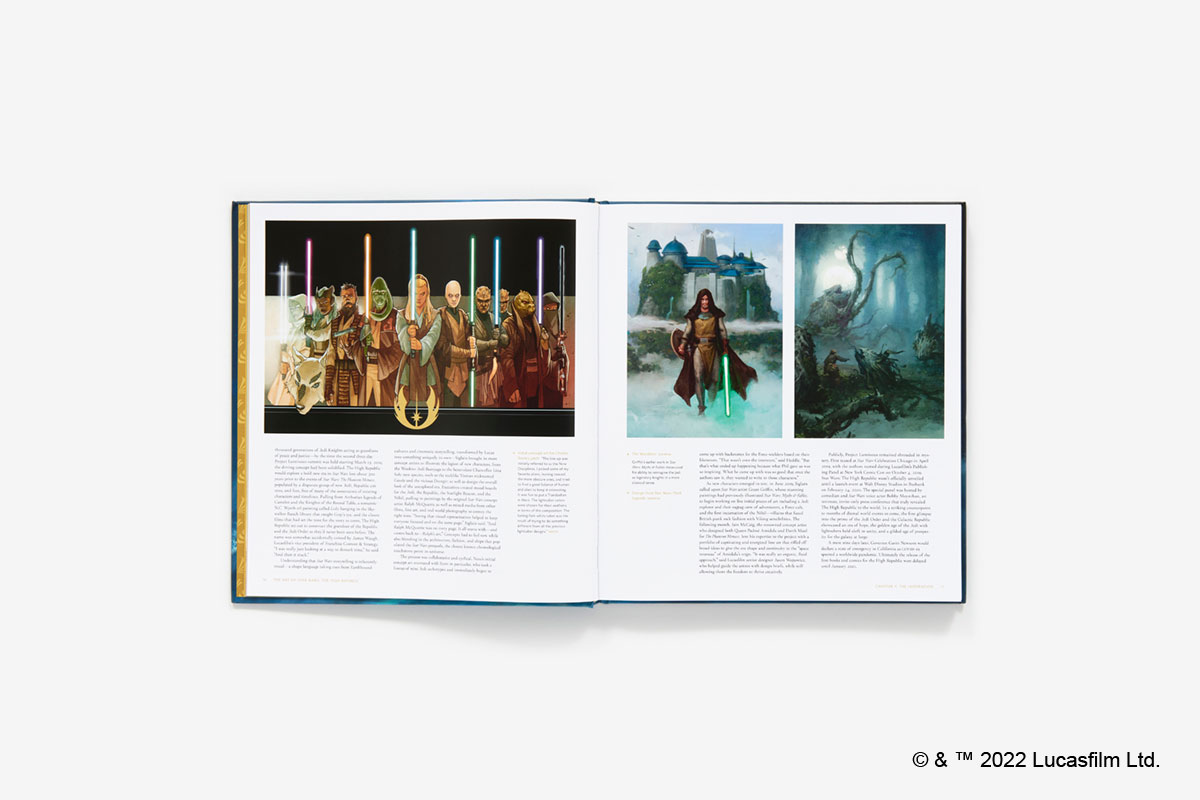 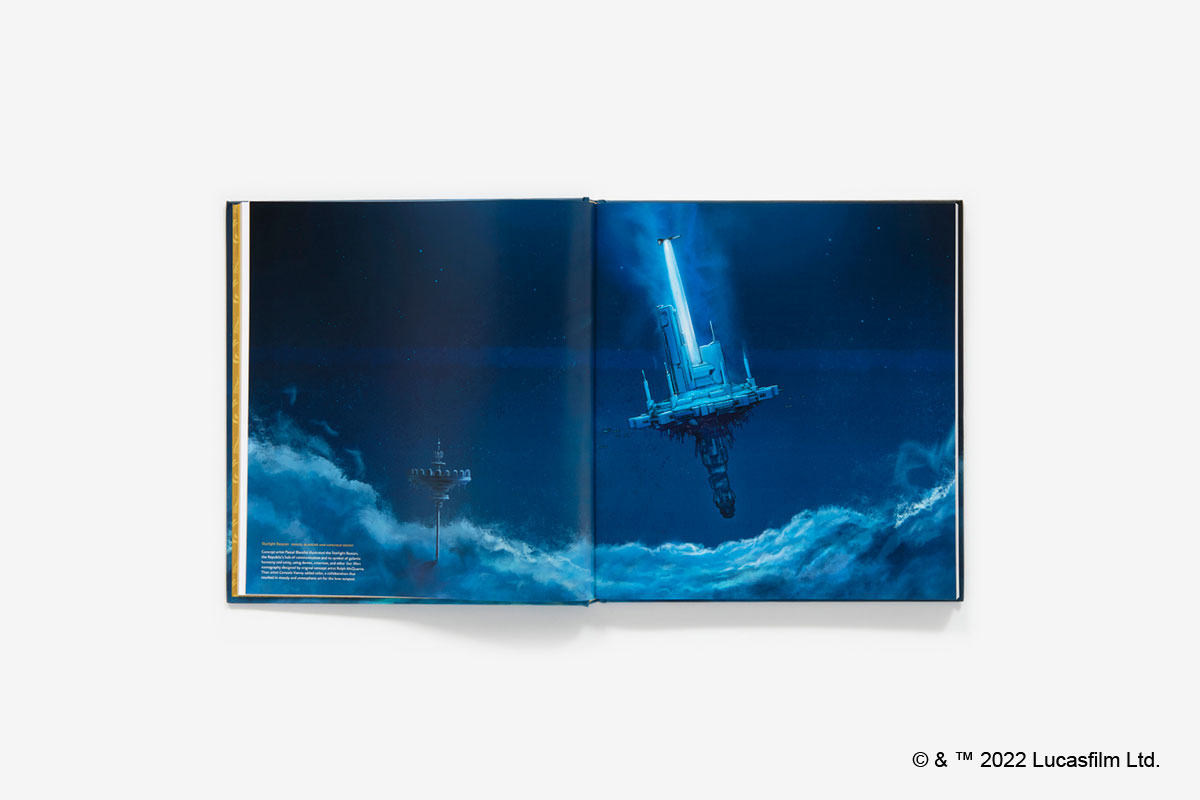 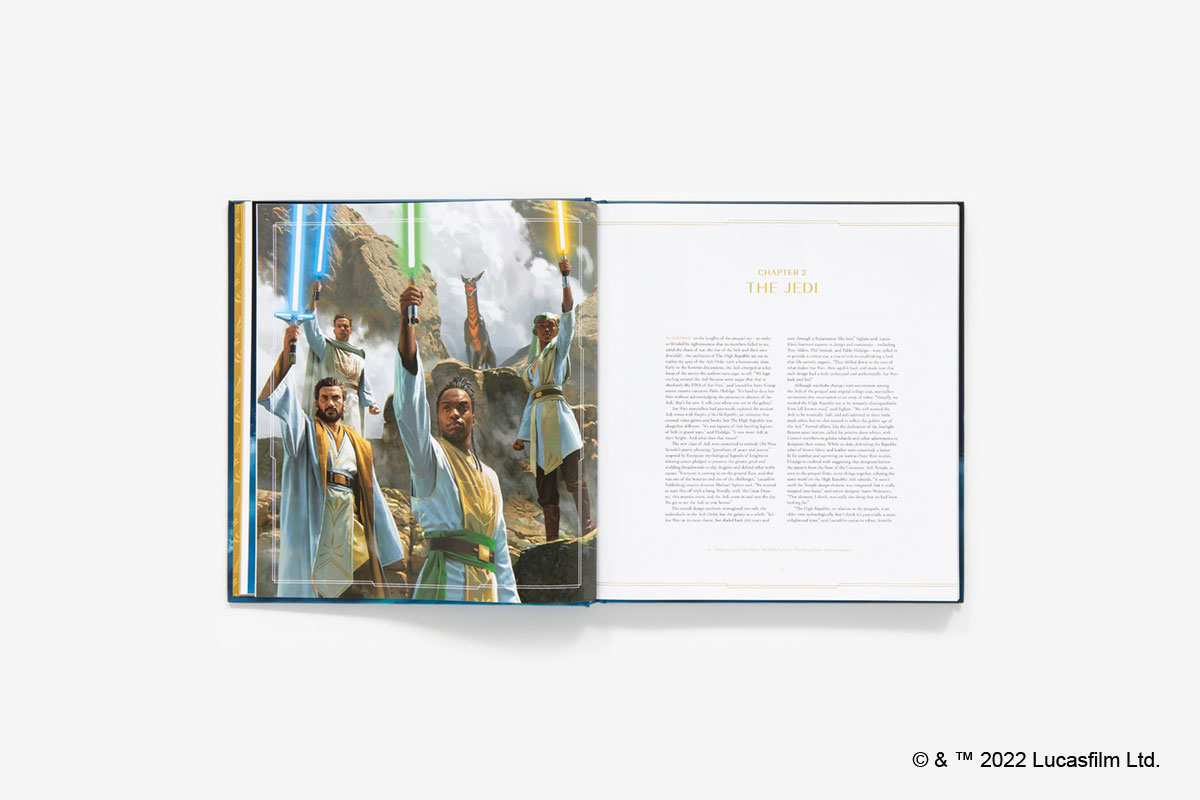 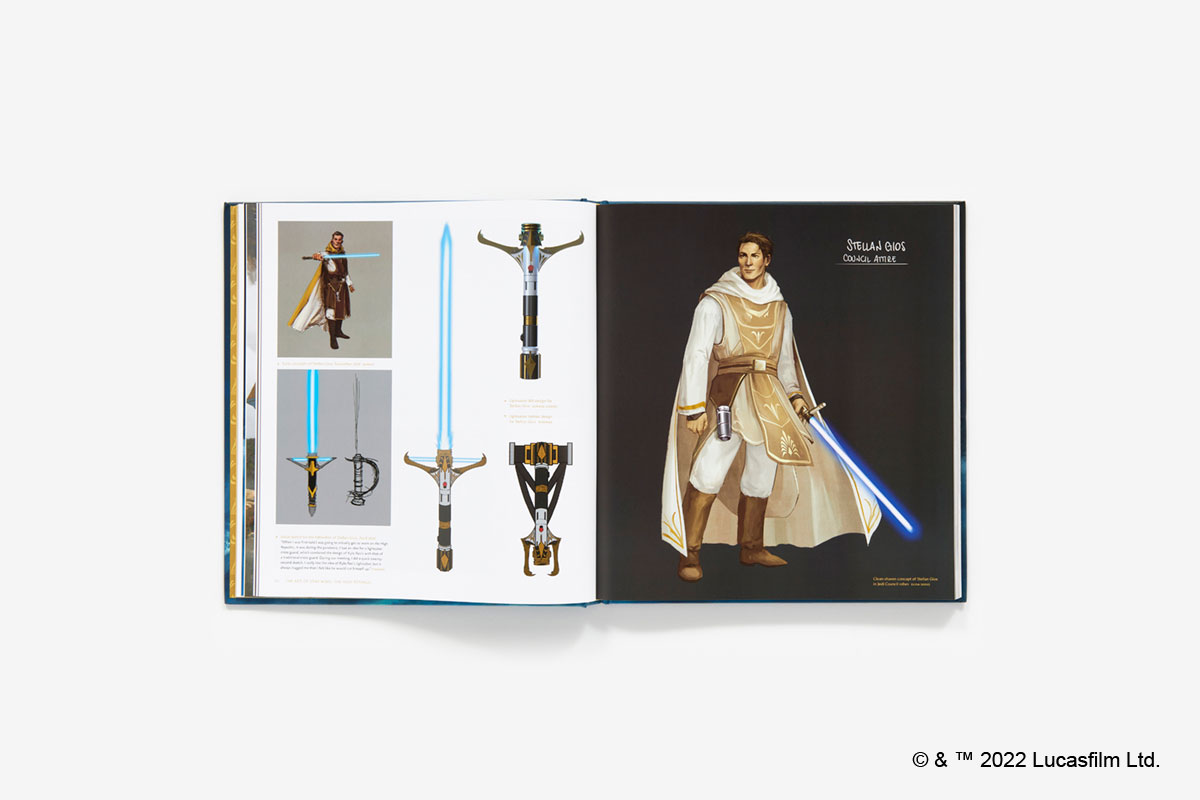 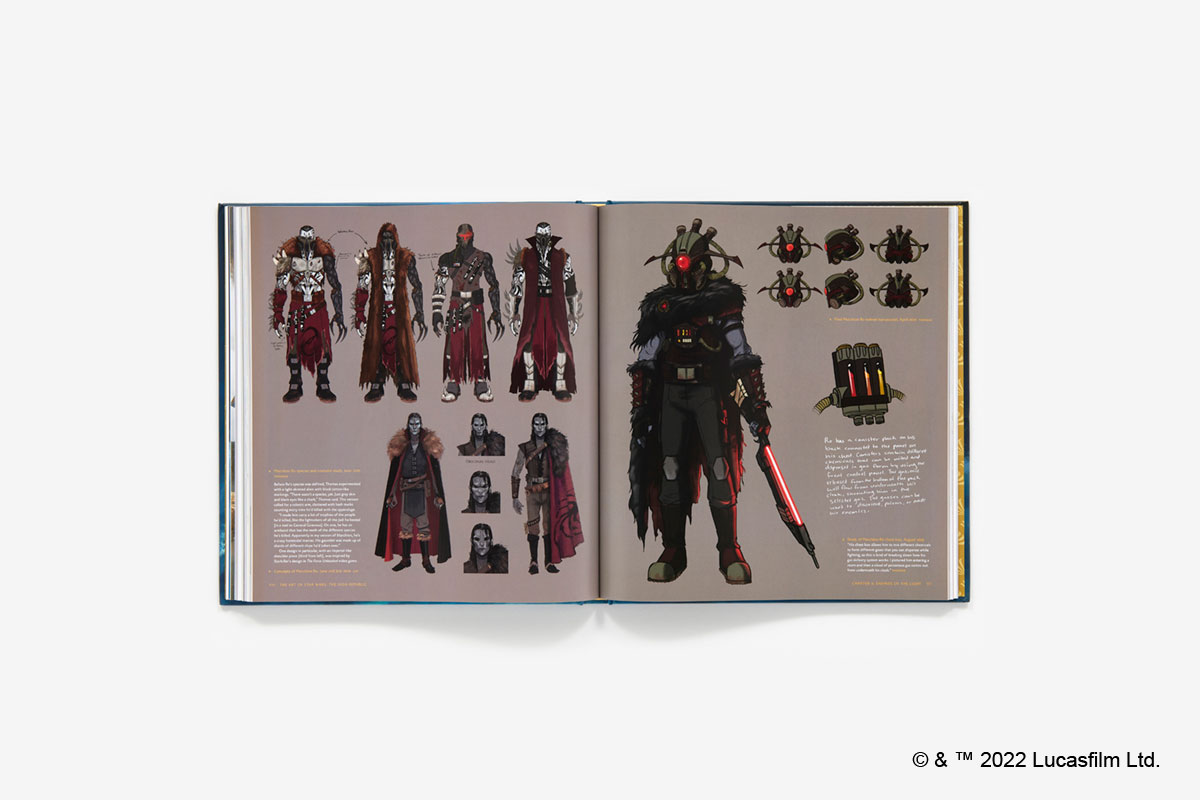 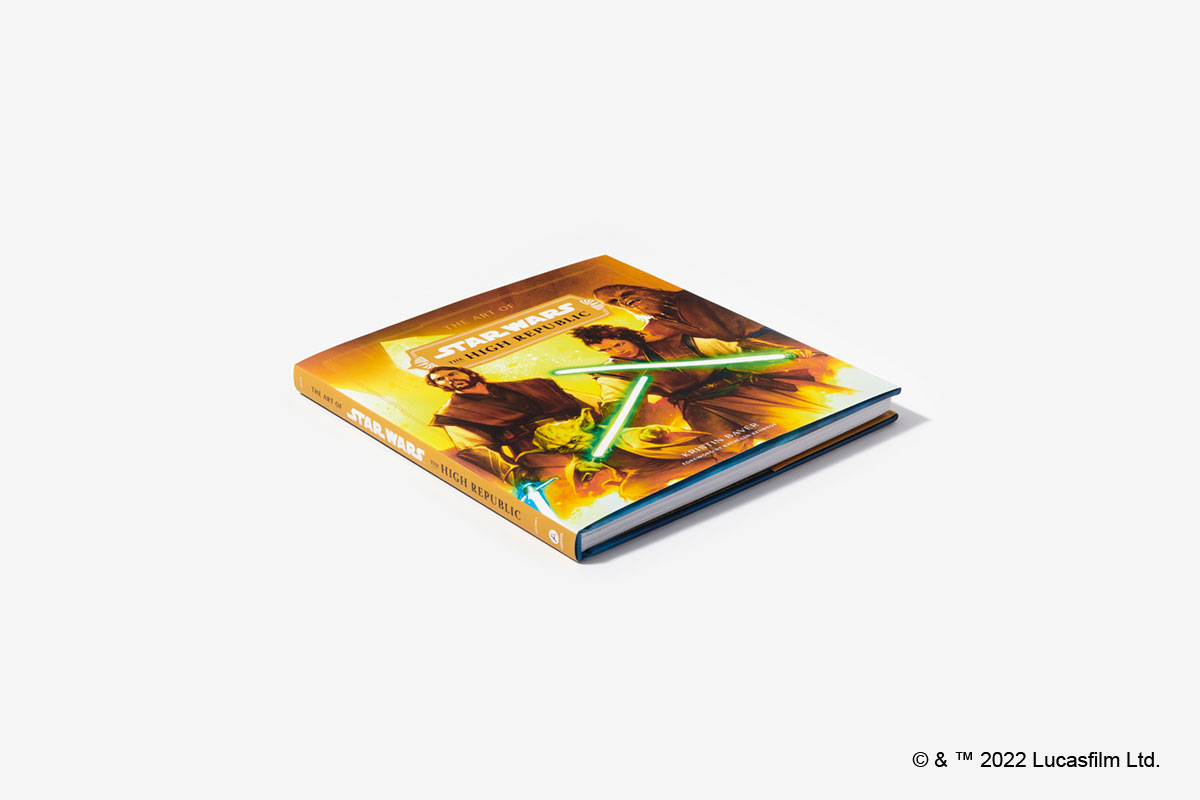 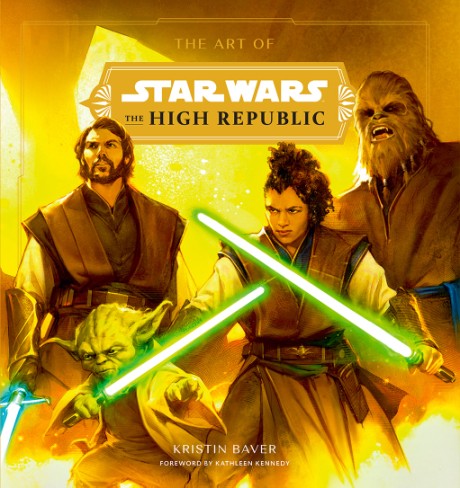 The Art of Star Wars: The High Republic

Featuring exclusive concept art, character and costume sketches, and vehicle and creature designs by Lucasfilm Publishing and its partners, this official companion to Star Wars: The High Republic (Phase One) offers fans a definitive, behind-the-scenes look at an ambitious new era of Star Wars storytelling

The High Republic Phase I: Light of the Jedi finds the Jedi Order and the Galactic Republic at the height of their respective powers, but following the events of “The Great Disaster,” the Jedi, led by Jedi Knights Avar Kriss, Loden Greatstorm, Keeve Trennis, and Stellan Gios and joined by a diverse group of Padawans and Jedi Masters, are confronted by the looming threat of the Nihil—a marauding group of Outer Rim anarchists who stand opposed to all the Galactic Republic represents. In The Art of Star Wars: The High Republic, readers will discover the origins of the fan-favorite new characters taking on this threat, as well as exciting new starfighter and creature designs, beautifully rendered environments, and detailed views of Starlight Beacon—the shining symbol of hope in the Republic.

The Art of Star Wars: The High Republic is the only book to explore all facets of the design and artistic direction of a story that spans comic books, novels, and young adult books, taking Star Wars fans of all ages on a deep dive into the development of the New York Times bestselling series.

Kristin Baver is associate editor of StarWars.com, host of This Week! in Star Wars, and author of Skywalker: A Family at War. She lives in San Francisco, California.

Kathleen Kennedy, President, Lucasfilm Recipient of the Academy’s prestigious 2018 Irving G. Thalberg Memorial Award, the Producers Guild of America Milestone Award, and an eight-time Academy Award®-nominee, Kathleen Kennedy is one of the most successful and respected producers and executives in the film industry today. As President of Lucasfilm, she oversees the company’s three divisions: Lucasfilm, Industrial Light & Magic and Skywalker Sound. Kennedy was the producer of Star Wars: The Force Awakens, Rogue One: A Star Wars Story, Star Wars: The Last Jedi, Solo: A Star Wars Story, and Star Wars: The Rise of Skywalker. Kennedy is currently executive producer of the Emmy Award-winning series The Mandalorian, The Book of Boba Fett, and Obi-Wan Kenobi, and also serves as a producer on all of Lucasfilm’s live action titles in production, including Indiana Jones,Willow, Andor, Ahsoka, and more.

Kennedy has produced or executive produced more than 70 feature films, which have collectively garnered 120 Academy Award nominations and 25 wins. Among her credits: Jurassic Park, E.T. The Extra Terrestrial, The Sixth Sense, the Back to the Future trilogy, Who Framed Roger Rabbit, Gremlins, TheGoonies, Poltergeist, Lincoln, War Horse, The Curious Case of Benjamin Button, The Diving Bell and the Butterfly, Schindler’s List, The Color Purple, and The Adventures of Tintin.