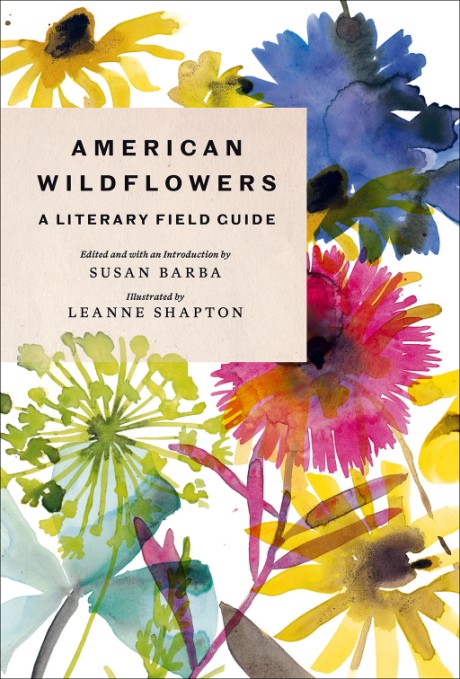 Organized as a field guide, a literary anthology filled with classic and contemporary poems and essays inspired by wildflowers—perfect for writers, artists, and botanists alike

American Wildflowers: A Literary Field Guide collects poems, essays, and letters from the 1700s to the present that focus on wildflowers and their place in our culture and in the natural world. Editor Susan Barba has curated a selection of plants and texts that celebrate diversity: There are foreign-born writers writing about American plants and American writers on non-native plants. There are rural writers with deep regional knowledge and urban writers who are intimately acquainted with the nature in their neighborhoods. There are female writers, Black writers, gay writers, indigenous writers. There are botanists like William Bartram, George Washington Carver, and Robin Wall Kimmerer, and horticultural writers like Neltje Blanchan and Eleanor Perényi. There are prose pieces by Aldo Leopold, Lydia Davis, and Aimee Nezhukumatathil. And most of all, there are poems: from Walt Whitman and Emily Dickinson, William Carlos Williams and T. S. Eliot to Allen Ginsberg and Robert Creeley, Lucille Clifton and Louise Glück, Natalie Diaz and Jericho Brown.

The book includes exquisite watercolors by Leanne Shapton throughout and is organized by species and botanical family—think of it as a field guide to the literary imagination.

Susan Barba is a poet, translator, and editor for the New York Review of Books. She is the author of Fair Sun (2017) and geode (2020), a finalist for the New England Book Awards, and the Massachusetts Book Award. Her poems have appeared in Poetry, The Yale Review, Antioch Review, Raritan, and Harvard Review. She lives in Cambridge, Massachusetts. Leanne Shapton is a Canadian artist, writer, and publisher and is the art editor at the New York Review of Books. She has contributed illustrations to a number of magazines, journals, and books, including Women in Clothes, a collaborative project with Sheila Heti and Heidi Julavits; and her own Swimming Studies, which won the 2012 National Book Critics Circle Award for autobiography. She lives in New York City.