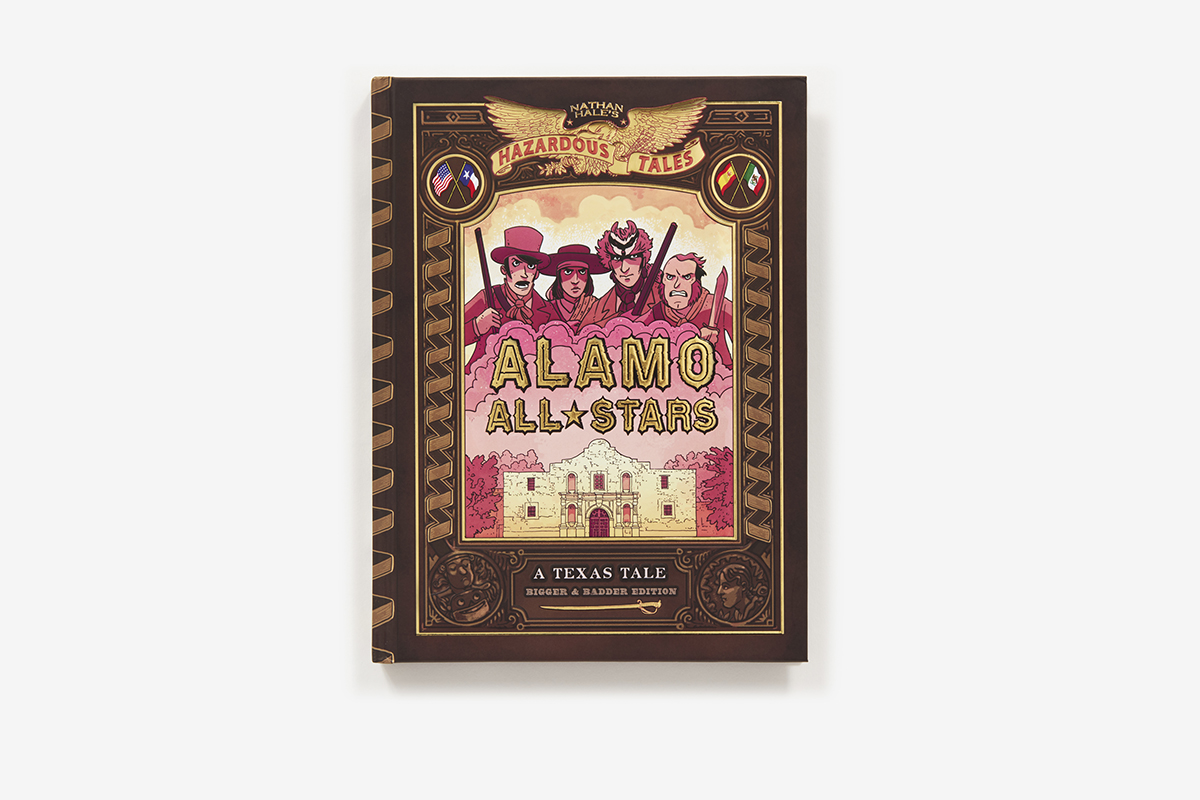 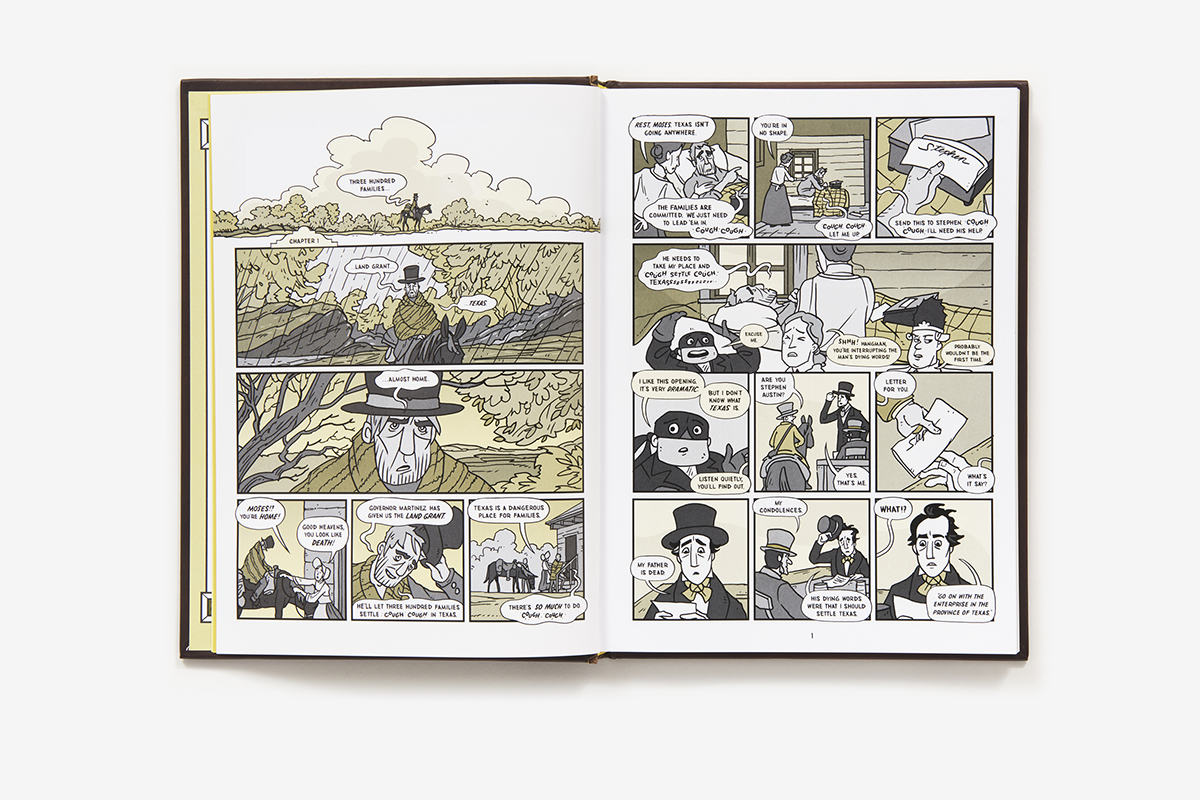 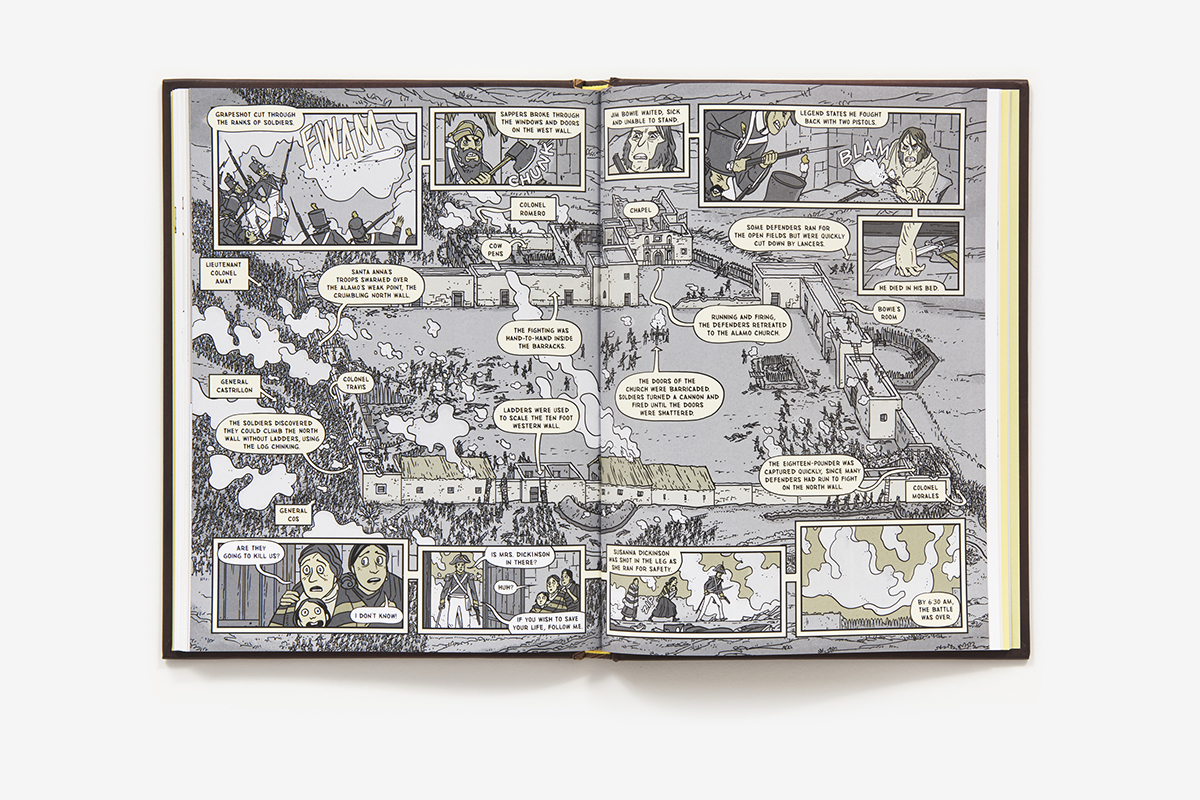 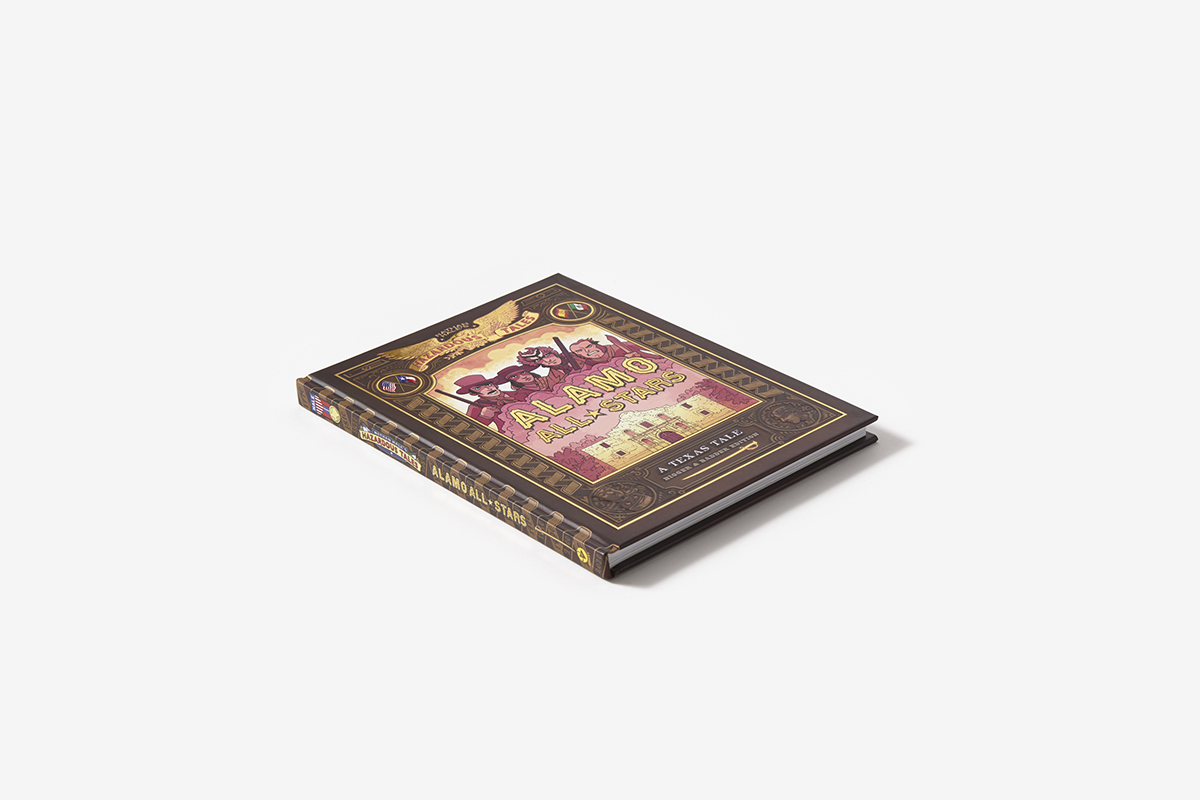 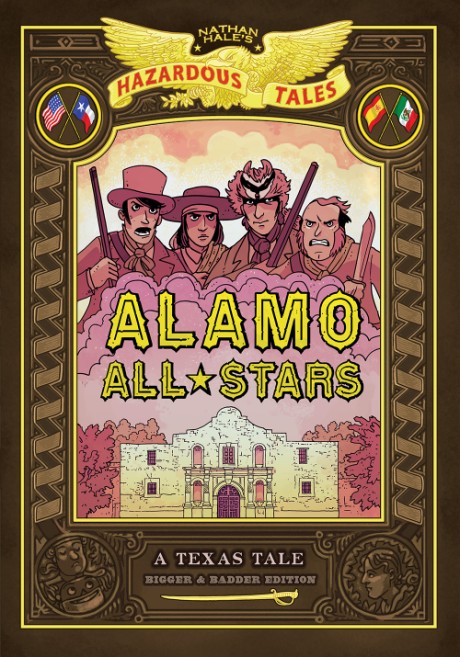 “Remember the Alamo!” That rallying cry has gone down in Texas history. But what, exactly, should we remember? Who were the ragtag group of adventurers behind the famous slogan, and how did they end up barricaded in a fort against a Mexican army? Who survived, who died, and how?

In the early 1800s, Native Americans, the Mexican government, and settlers from other areas of the United States were fighting over the territory that would become the Lone Star state. Here vivid illustrations—rendered in black, white, and shades of gray, with tinges of yellow—and witty text tell the story, from Texas’s near wilderness beginnings to the Battle of the Alamo and General Sam Houston’s ultimate victory over General Antonio López de Santa Anna at the Battle of San Jacinto.

Let “Nathan Hale” tell the tale of the Texas fight for independence from the Mexican government. It features the exploits of the notorious Jim Bowie, as well as Stephen Austin, Davy Crockett, and other “all-star” settlers and soldiers who made the wild frontier of Texas their home—until the bitter end.