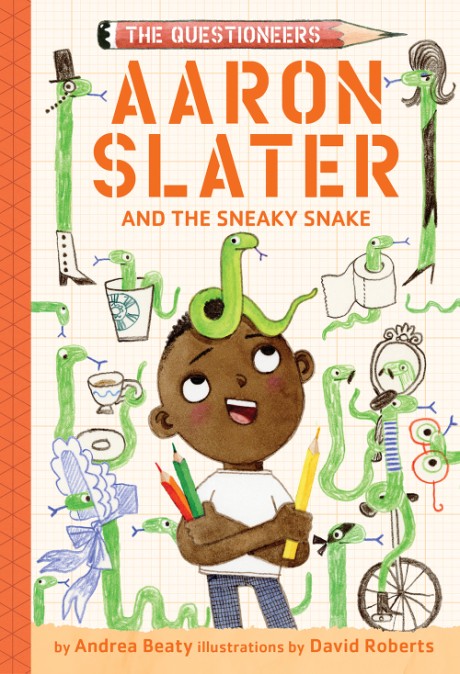 Aaron Slater and the Sneaky Snake (The Questioneers Book #6)

Zookeeper Fred loves snakes, but his favorite is a tiny green snake named Vern. Vern is sneaky and constantly tries to hide in Fred’s lunch. When Vern gets loose in the zoo and lands atop a boy’s head, it’s trouble!

A few citizens demand that all the snakes must go and the Mayor closes the zoo until the City Council decides what to do. Is Vern a menace? Are the snakes a danger to society? Or a valuable resource for everyone? Who gets to decide?

The Questioneers need all their talents to help Zookeeper Fred, but in the end, it’s Aaron’s art which leads the way.