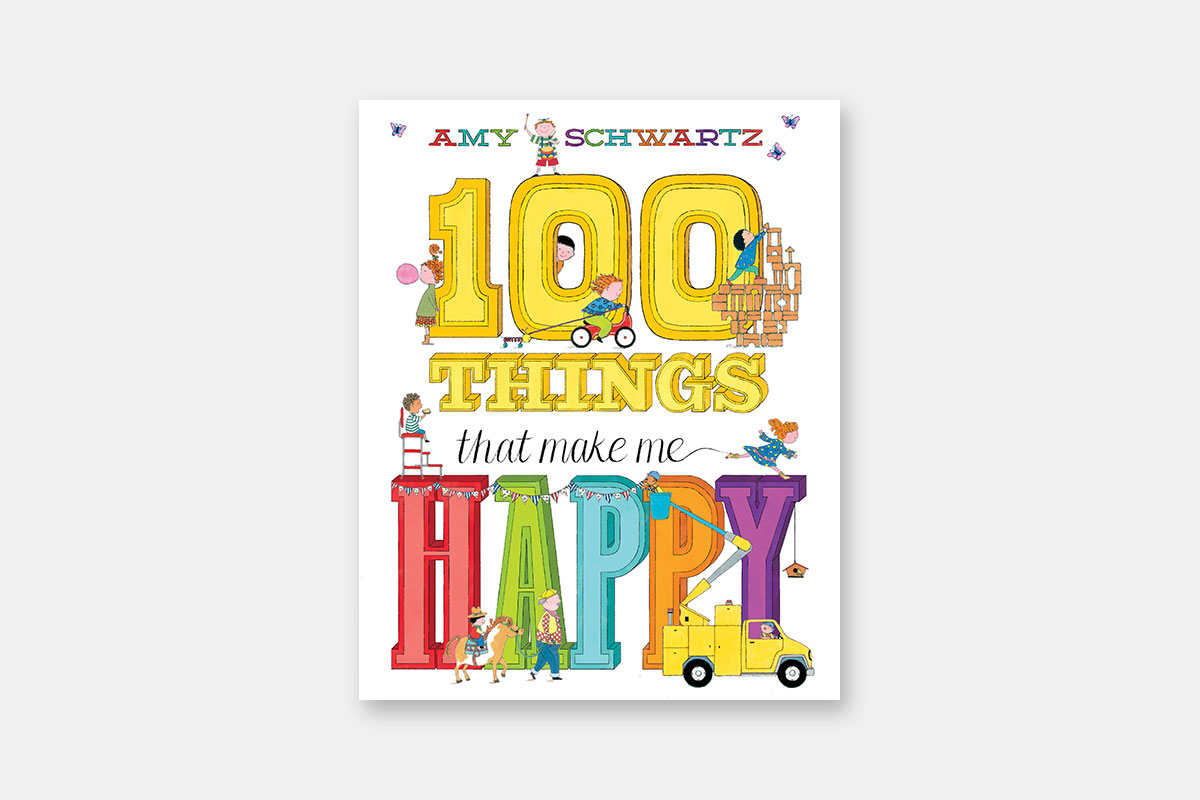 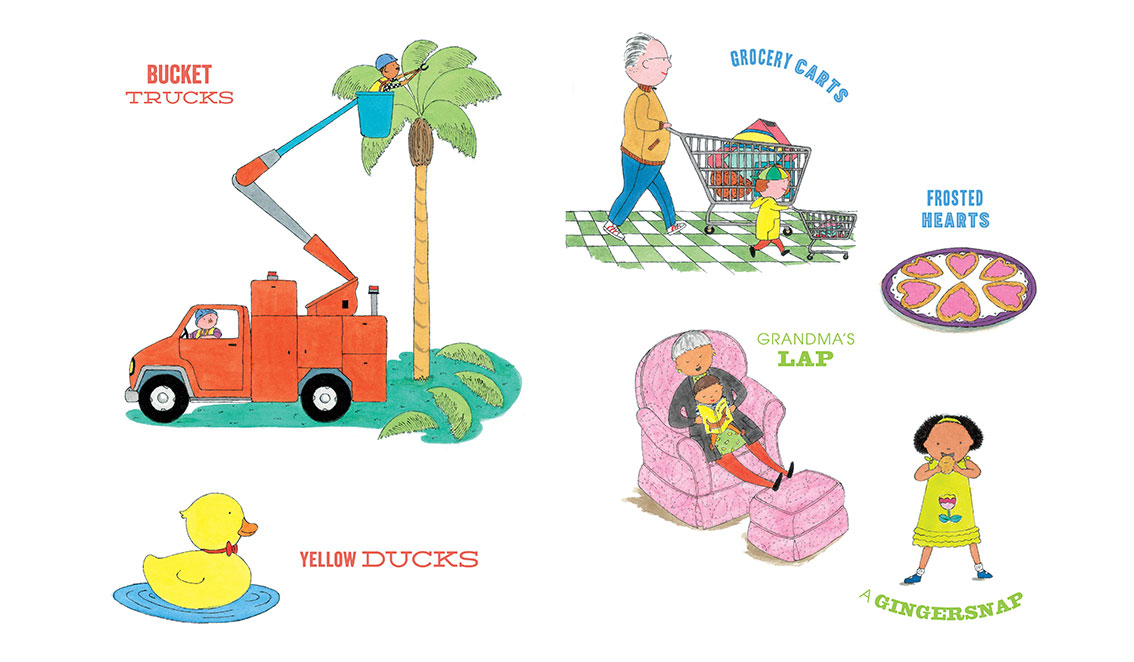 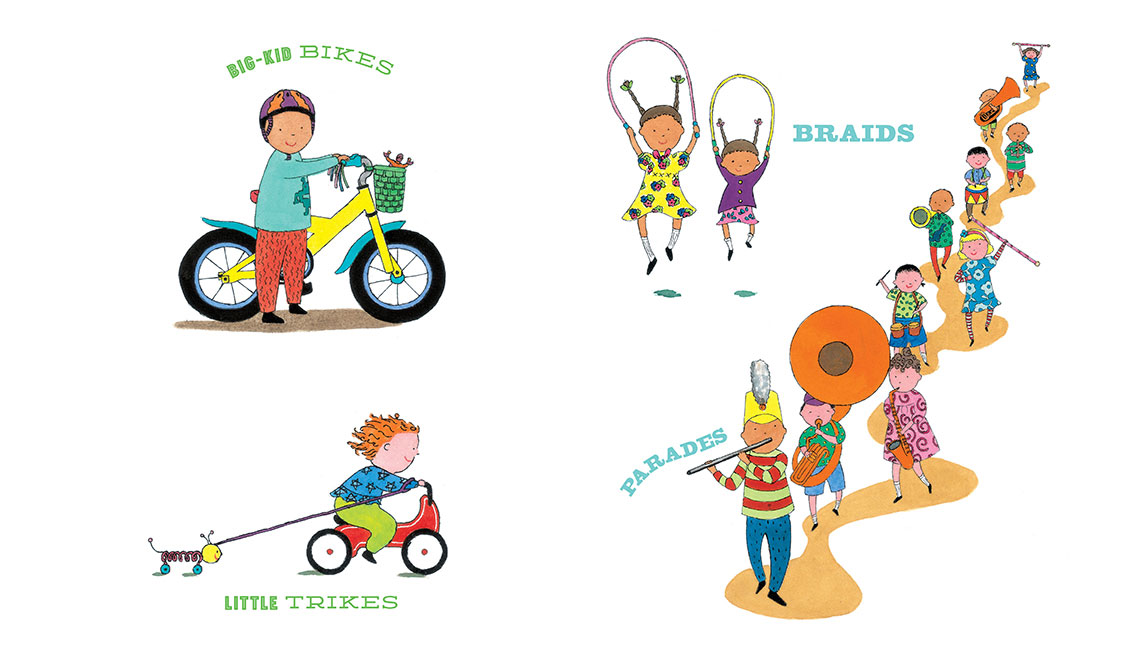 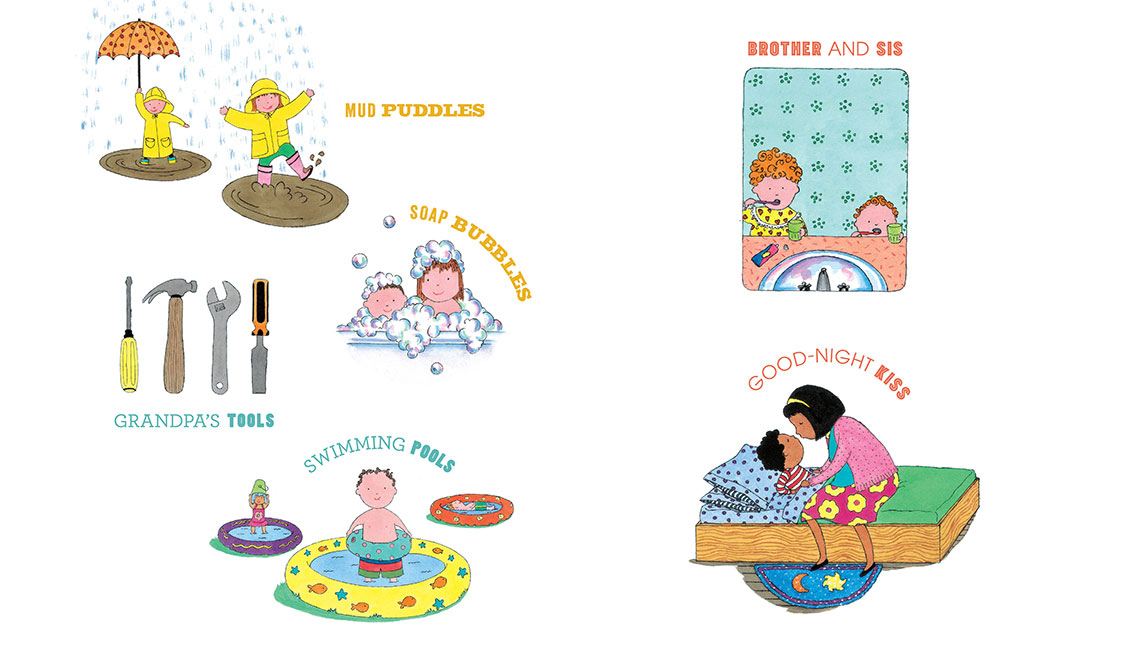 Buy
100 Things That Make Me Happy
By Amy Schwartz

In the grand tradition of “Raindrops on roses and whiskers on kittens” comes an uplifting tribute to 100 everyday things worth celebrating. The list, in rhyming couplets, draws directly from a preschool­er’s world—from slippery floors to dinosaurs, from goldfish to a birthday wish. Amy Schwartz weaves a masterful balance between art and text, with each of the 100 items portrayed as its own well-observed and warmly detailed vignette. While the contents provide readers with a frame of reference for the quantity of “100”—a celebratory milestone in preschools and early elementary grades—the oversized pages envelop young children in the wonderful things surrounding them.

**STARRED REVIEW**
"It is a book chock-full of fun—what more could one want?"
— Kirkus Reviews

**STARRED REVIEW**
"The tightly rendered illustrations, which usually appear in twos or three against white backgrounds, have a refreshing emotional reticence; the kids' happiness is shown as matter-of-fact and grounded rather than euphoric or manic. And then there are the descriptions themselves, eloquent in their unfussiness...Schwartz isn't the first to try a compendium of this sort, but she sets a new benchmark."
— Publishers Weekly

"Schwartz’s distinctive pictures in brilliant colors would make anyone happy...a magical romp through the senses and delights of being human."
— Booklist

"It’s all very, very sweet, but with the occasional offbeat example that will satisfy out-of-the-box thinkers."
— The Horn Book Magazine

Amy Schwartz has written and illustrated a number of classic and award-winning picture books. Amy was born and raised in California and now lives with her family in Brooklyn, New York. This is her first book with Abrams, which, in fact, makes her very happy.