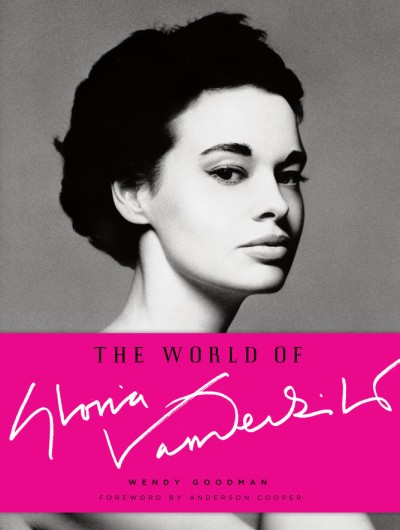 Gloria Vanderbilt is many things: an heiress, a painter, a muse, a designer, a model, a writer, an entrepreneur, an actor, a socialite, a survivor, an icon. She brought the Vanderbilt name out of the Gilded Age and into the Digital Age, reinventing herself over and over along the way. Hers is a story of charisma, glamour, and heartbreaking loss, told here by Wendy Goodman, who had intimate access to Vanderbilt for this book. The illustrations include portraits of Vanderbilt and her extraordinary homes, filled with original and influential decorating ideas, by such photographic legends as Richard Avedon, Louise Dahl-Wolfe, Inge Morath, Horst P. Horst, Francesco Scavullo, and Annie Leibovitz. Vanderbilt’s son, Anderson Cooper, contributes a foreword.

"Perhaps the definitive-and certainly the most visually stunning-book to capture her incredible life."
— The Huffington Post

Wendy Goodman is coauthor of Abrams’ Tony Duquette. She is the design editor of New York magazine, a well as contributing editor for Departures magazine and German and French Architectural Digest. She lives in New York.

Anderson Cooper is the primary anchor on the CNN news show Anderson Cooper 360°, and author of the bestselling memoir Dispatches from the Edge. He is the son of Gloria Vanderbilt and Wyatt Cooper and lives in New York.