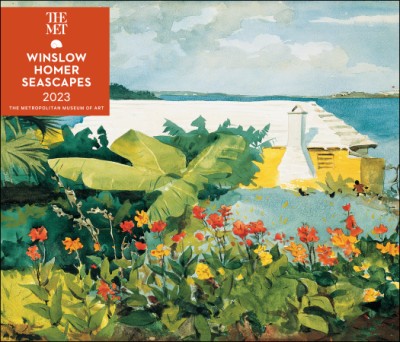 By The Metropolitan Museum of Art

Often regarded as one of the most prominent American painters of the 19th century, Winslow Homer (American, 1836–1910) began his artistic career as an illustrator in New York before becoming a dedicated painter. In the latter part of his career, Homer was influenced by his global travels and often explored the power of the sea through oil paints and watercolors. This 12-month calendar presents 13 of his enthralling seascapes, all of which are from the renowned collection of The Metropolitan Museum of Art.
Features include:

Founded in 1870, The Metropolitan Museum of Art is located in New York City’s Central Park, along Fifth Avenue. The Met presents over 5,000 years of art from every corner of the world.