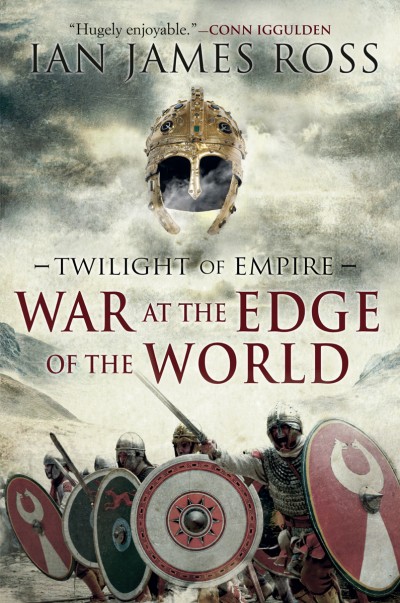 Buy
War at the Edge of the World
Twilight of Empire: Book One
By Ian James Ross

The epic first installment in a new series set at the end of empire in the reign of the Emperor Constantine, The War at the Edge of the World follows newly promoted centurion Aurelius Castus into the tumultuous battle for the future of Rome. Once a soldier in an elite legion from the Danube, now stuck in Britain's provincial backwater, Castus believes his glory days are over. But fate is about to intervene. When the king of the Picts, the savage people beyond Hadrian's Wall, dies in mysterious circumstances, Castus is selected to command the bodyguard of a Roman envoy sent to negotiate with the barbarians. But the diplomatic mission ends in bloody tragedy. Castus and his men are soon fighting for their lives and the legionary discovers that nothing about his doomed mission was ever what it seemed.