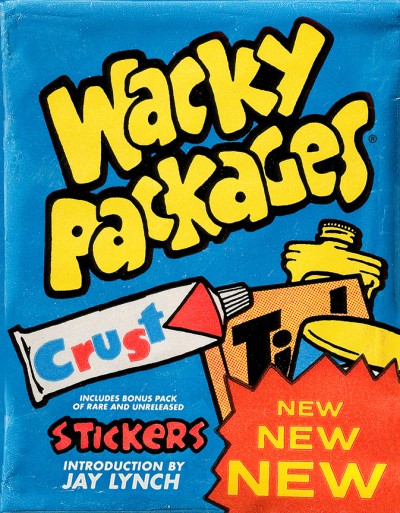 The Topps Company, Inc., founded in 1938, is an international company best known as a leading producer of baseball cards and other trading cards and stickers. They are also known for Bazooka bubblegum, which was introduced in 1947.

Jay Lynch has written for MAD, Cracked, Sick, Playboy, and Time magazines. He has been freelancing for Topps for over forty years, and helped create some of their most popular humor products, including Wacky Packages and Garbage Pail Kids.