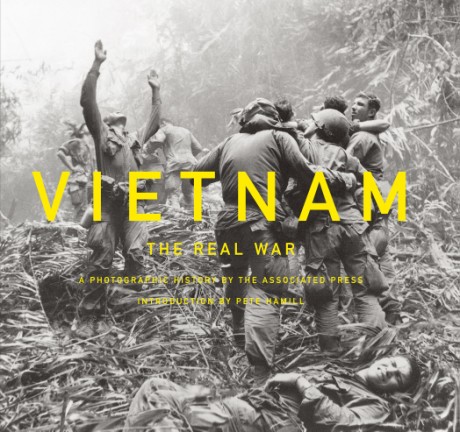 A Photographic History by the Associated Press

By Pete Hamill, and Associated Press

To cover the Vietnam War, the Associated Press gathered an extraordinary group of superb photojournalists in its Saigon bureau, creating one of the great photographic legacies of the 20th century. Collected here are images that tell the story of the war that left a deep and lasting impression on American life. These are pictures that both recorded and made history, taken by unbelievably courageous photojournalists. In a moving essay, writer Pete Hamill, who reported from Vietnam in 1965, celebrates their achievement.
As we begin to look back from the vantage point of half a century, this is the book that will serve as a photographic record of the drama and tragedy of the Vietnam War.

The Associated Press won an unprecedented six Pulitzer Prizes for its coverage of the Vietnam War. To create this book, the agency selected 300 photographs from the thousands filed during the conflict. Pete Hamill is an American journalist, novelist, essayist, editor, and educator. The recipient of numerous awards, Hamill is currently a Distinguished Writer in Residence at the Arthur L. Carter Journalism Institute at New York University.