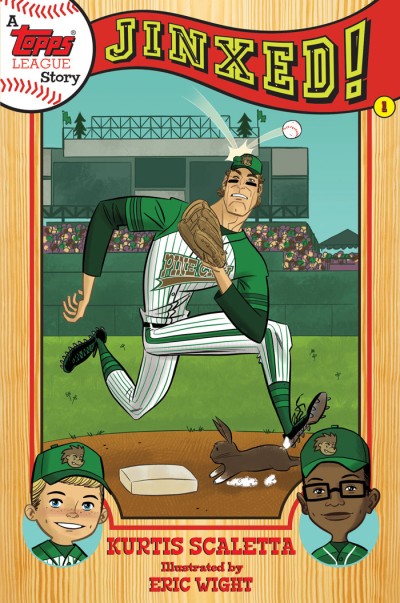 It’s Chad’s first spring as a batboy, and the Pine City Porcupines are hot—until they come up against the league-leading Heron Lake Humdingers. Now Chad’s got a whole lineup of problems: his favorite player, shortstop Mike Stammer, thinks he’s jinxed; Dylan, the other batboy, doesn’t even like baseball; there’s a goofy new porcupine mascot on the field; plus, Chad has to fill in as batboy for the Herons. It’s a good thing there’s something in the cards—his baseball cards, that is—that can help Chad sort it all out.