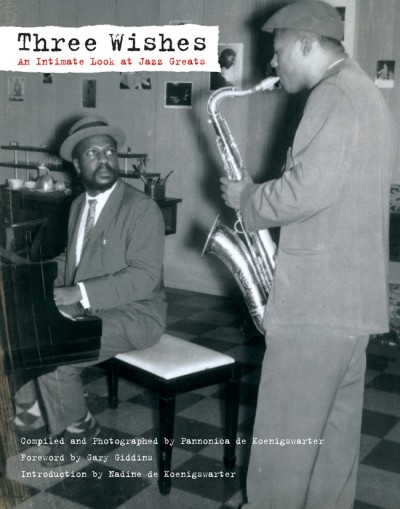 In the 1950s, 60s, and 70s, Pannonica de Koenigswarter, known as Nica, was a constant and benevolent presence on the thriving New York jazz scene. Known as the Jazz Baroness (she was born into the wealthy Rothschild family and later married a French aristocrat) she befriended such giants as Thelonious Monk, Charlie Parker, Barry Harris, Art Blakey, Miles Davis, Bud Powell, and many more. She inspired over twenty jazz compositions, bailed musicians out of jail, and even acted as a booking agent.She also collected wishes. Over the course of a decade, Koenigswarter asked three hundred musicians what their three wishes in life were, jotting them all down in a notebook. At the same time she took hundreds of candid photographs, saving them all. In Three Wishes, Koenigswarter's forays into the psyches and lives of these legendary jazz artists are made available in America for the first time.With a foreword by celebrated jazz critic Gary Giddins, and a introduction from Nica's granddaughter, Nadine de Koenigswarter, providing rare insights into the mysterious baroness's life, this funny, eclectic, and moving compilation is a uniquely intimate look into the immortals of the classic era of jazz, and a must-have for any fan or afficianado.

Pannonica de Koenigswarter, daughter of Charles and Rozsika Rothschild, was married to the Baron Jules de Koenigswarter, a renowned freedom fighter in the French resistance, before she moved to New York City, where she emerged as a major patron of the Jazz scene. Nadine de Koenigswarter, Nica’s granddaughter, is a multimedia visual artist living in Paris and West Africa. Gary Giddins is an award-winning jazz critic and author. He writes columns about music for Jazz Times and about film for the New York Sun.