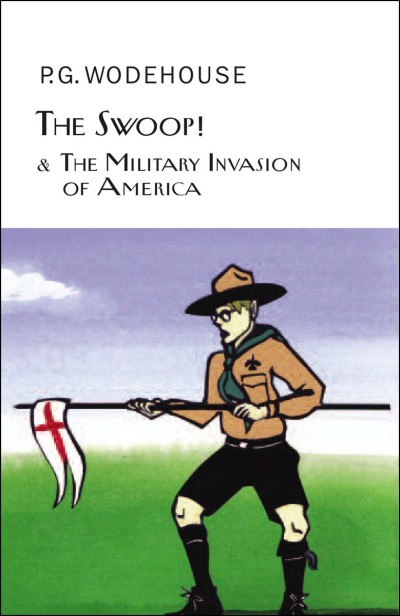 Buy
The Swoop! and the Military Invasion of America
By P.G. Wodehouse

And the Russians. And the Chinese. Not to mention a ‘boisterous band of Young Turks', a mad Mullah and a brace of North African pirates. The government has recently abolished the army so there is nothing to be done about it anyway, except give a masterly display of polite indifference. But this would be to reckon without patriotic Clarence, ‘Boy of Destiny', who alone is prepared to stand up to the foe, and who devises an unorthodox plan to restore his country to freedom . . . Written as a satire on the popular ‘Invasion literature' of the period, The Swoop! is an amusing jeu d'esprit in which the young Wodehouse gives full rein to his sense of the absurd. The Everyman edition reprints the 33 black and white drawings by C. Harrison that accompanied the original text, and also includes The Military Invasion of America, in which Clarence's story is humorously transplanted across the Atlantic.