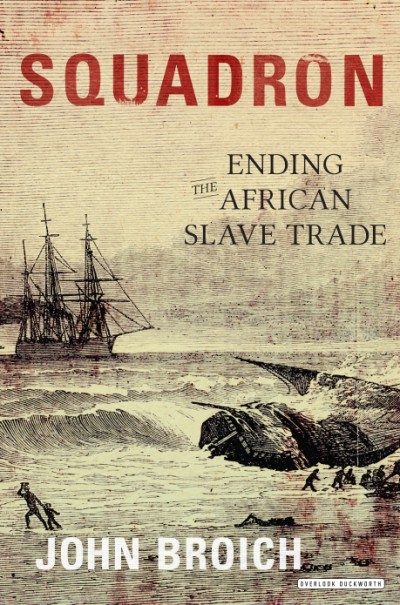 Despite the British being early abolitionists, a significant slave trade remained down the east coast of Africa through the mid-1800s, even after the Civil War ended it in the United States. What further undermined the British Empire was that many of the vessels involved in the trade were themselves British ships.The Royal Navy's response was to dispatch a squadron to patrol Africa's coast. Following what began as a simple policing action, this is the story of the four Royal Naval officers who witnessed how rampant the slave trade remained and made it their personal mission to end it. When the disruption in trade ships started to step on toes within the wealthy merchant class, the campaign was cancelled. However, in the end a coalition of naval officers and abolitionists forced the British government's hand into eradicating the slave trade entirely.Squadron grew from historian John Broich's passion to hunt down firsthand accounts of this untold story. Through research from archives throughout the U.K., Broich tells a tale of defiance in the face of political corruption, while delivering thrills in the tradition of high seas heroism. If it weren't a true story, Squadron would be right at home alongside Patrick O'Brian's Master and Commander series.