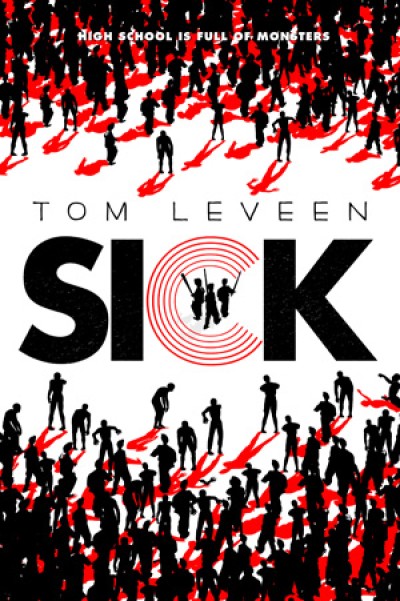 Brian and his friends are not part of the cool crowd. They're the misfits and the troublemakers—the ones who jump their high school's fence to skip class regularly. So when a deadly virus breaks out, they're the only ones with a chance of surviving.
The virus turns Brian's classmates and teachers into bloodthirsty attackers who don't die easily. The whole school goes on lockdown, but Brian and his best friend, Chad, are safe (and stuck) in the theater department—far from Brian's sister, Kenzie, and his ex-girlfriend with a panic attack problem, Laura. Brian and Chad, along with some of the theater kids Brian had never given the time of day before, decide to find the girls and bring them to the safety of the theater. But it won't be easy, and it will test everything they thought they knew about themselves and their classmates.

Praise for SICK
"The gore and action will leave enthralled readers thrilled and then sated with each kill on either side."
—Booklist

"Between the pacing and the heroes' salty, blue language (full of lovingly creative, genital-inspired insults), reluctant readers who love zombies will devour it, right up to the abrupt end."
—Kirkus Reviews

"Sick is well written, with great detail, even if it is a little gory."
—VOYA Magazine

Tom Leveen is the author of Party, Zero, and manicpixiedreamgirl. Zero was named to YALSA’s list of Best Fiction for Young Adults. This is his first foray into the horror genre. He lives in Phoenix, Arizona.