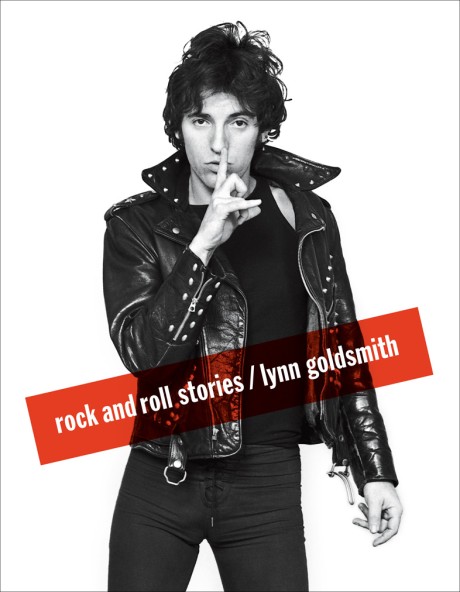 The story of rock lives in Lynn Goldsmith’s photographs. After coming of age in the Midwest in the tumultuous 1960s, she crashed the music scene in New York and emerged as one of its leading image-makers. She chronicled Bruce Springsteen’s passage to glory, the Rolling Stones’ legendary stadium tours, Michael Jackson’s staggering ascent, U2’s arrival in New York, and the brooding force of Bob Marley. Culture heroes like Bob Dylan and Patti Smith became frequent subjects for her lens. The range of her work is staggering.
In Rock and Roll Stories, she shares the best of this work. Her commentary takes the reader into the studio, the tour bus, the concert hall, and the streets where the pictures were made, offering revealing perspectives on her subjects and herself. A greatly expanded and newly designed edition of her very successful book PhotoDiary (1995), this volume captures the story of a generation’s loyalty to rock and roll.

Lynn Goldsmith’s previous books include Rock and Roll, Springsteen: Access All Areas, The Police, and New Kids on the Block, a New York Times bestseller. She lives in Aspen, Colorado, and New York City.