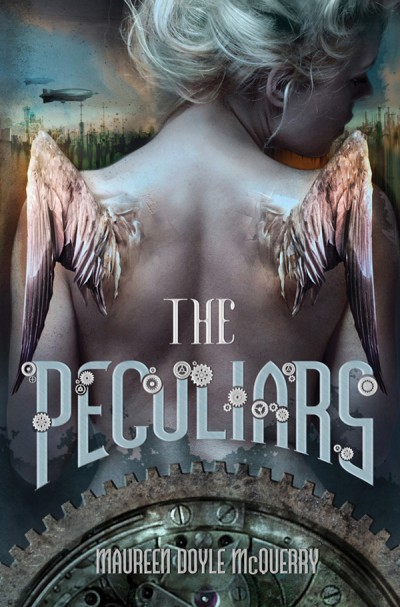 This dark and thrilling adventure, with an unforgettable heroine, will captivate fans of steampunk, fantasy, and romance.
On her 18th birthday, Lena Mattacascar decides to search for her father, who disappeared into the northern wilderness of Scree when Lena was young. Scree is inhabited by Peculiars, people whose unusual characteristics make them unacceptable to modern society. Lena wonders if her father is the source of her own extraordinary characteristics and if she, too, is Peculiar. On the train she meets a young librarian, Jimson Quiggley, who is traveling to a town on the edge of Scree to work in the home and library of the inventor Mr. Beasley. The train is stopped by men being chased by the handsome young marshal Thomas Saltre. When Saltre learns who Lena's father is, he convinces her to spy on Mr. Beasley and the strange folk who disappear into his home, Zephyr House. A daring escape in an aerocopter leads Lena into the wilds of Scree to confront her deepest fears.

Praise for The Peculiars
STARRED REVIEW
"McQuerry offers a brooding northwest setting touched by steampunk elements to tell a story that is in equal parts inventive fantasy, light romance, and thrilling adventure. With a backdrop as strong as its heroine, this one is a page-turner."
--Booklist, starred review

"The Peculiars combines a teenage girl's search for her identity with a setting that merges the genres of fantasy, gothic and steampunk. A light romance, a bit of adventure and the author's inclusion of historical notes complete this delightful offering."
--BookPage

"A creative, entertaining, and wholly original fantasy."
--The Horn Book

Maureen Doyle McQuerry is an award-winning poet and author and a teacher specializing in YA literature and writing. She was the 2000 McAuliffe Fellow for Washington state. Her poems regularly appear in the Southern Review, Atlanta Review, and others. She lives in Richland, Washington. Visit her online at www.maureenmcquerry.com.