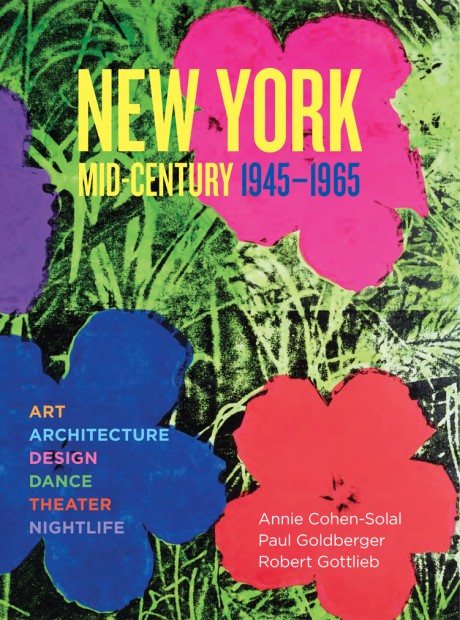 New York Mid-Century is the story of how the postwar Big Apple emerged as the cultural capital of the world. Annie Cohen-Solal brings alive the influential critics and patrons, the legendary galleries, and the artists themselves. Paul Goldberger presents the modernist architectural masterpieces that created the city’s sleek new profile, highlighting both public and private spaces. Robert Gottlieb invites us to relive the heyday of the musical, explore the great jazz clubs of Harlem, and peek into the inventive studios of the dance world. Richly illustrated with art, photographs, and ephemera, this volumeis a stirring collection of a remarkably fertile period in the city’s history.

"New York Mid-Century is a sparkling account of Gotham at the moment it became the cultural center of the world. It is the work of three masters of their genres. In their hands the mid-century city leaps to life and its history engages us on every page."
Donald L. Miller —

"The handsome and evocative multi-author volume chronicles Gotham's postwar emergence as the capital of the international art world.”
WSJ —