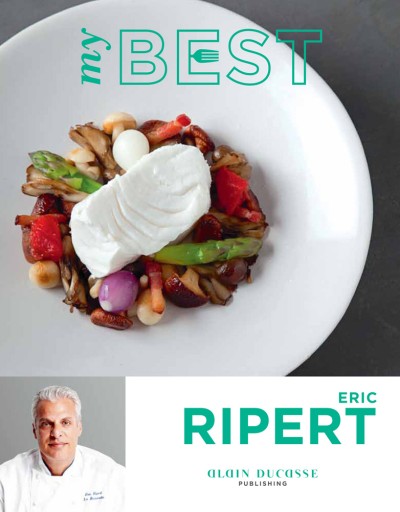 Alain Ducasse. Eric Ripert. Daniel Boulud. Pierre Hermé. These are among the world’s most celebrated chefs, the luminaries who changed the landscape of fine dining. Here are the dishes of their careers, the distinctive plates that made them household names. From Ducasse’s famous vegetable “cookpot” and Hermé’s ispahan to Ripert’s bluefin tuna and Boulud’s sea bass, each volume in My 10 Best offers a master’s career-defining 10 recipes, complete with step-by-step, illustrated directions designed for the home cook.

Eric Ripert is the chef and co-owner of the New York restaurant Le Bernardin, which ranks 18th on the S. Pellegrino World’s 50 Best Restaurants list. He holds three stars from the Michelin Guide, a “29” food rating from the 2011 Zagat Guide—the highest of any restaurant in the city—and has upheld a four-star review from the New York Times for more than two decades. He is a recipient of France’s Legion d’Honneur, serves as a regular guest judge on Bravo’s Top Chef, and is the host of his own PBS series, Avec Eric, which has won Emmy and James Beard awards.