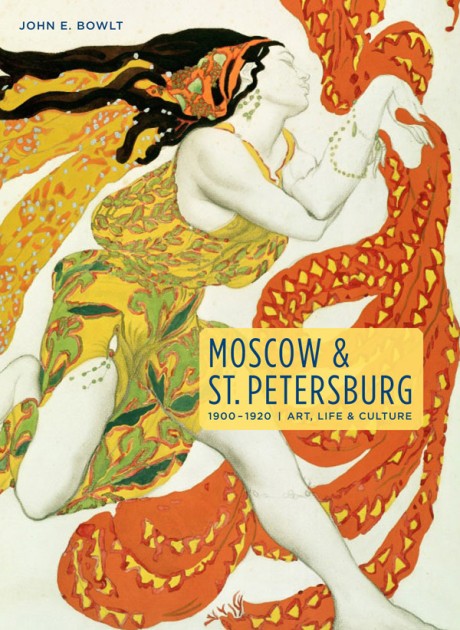 In this elegantly written narrative survey, John E. Bowlt sheds new light on Russia’s Silver Age, the period of artistic renaissance that flourished as Imperial Russia’s power waned. Much of the creative energy could be attributed to the Symbolist movement, whose proponents sought to transcend the barriers of bourgeois civility and whose unconventional lifestyles led some critics to label them Decadents and Degenerates. But, as Sergei Diaghilev declared, theirs was not a moral or artistic decline, but a voyage of inner discovery and a reinvention of a national culture.

Bowlt’s richly textured volume focuses not only on Russia’s best known artists from this period—Diaghilev and the Ballets Russes, Igor Stravinsky, Anna Pavlova and poet Anna Akhmatova—but also on lesser known movements of the period—experimental theater, Nikolai Kalmakov’s innovative painting, and the free dance practiced by followers of Duncan and Dalcroze.

"This book will serve as a reference resource . . . . This ambitious English-language publication aims to cover not only every art group of the time but every aspect of the Russian culture. The pictorial layout of John Bowlt’s book renders the sheer proliferation of new ideas immediately apparent. The highly charged text charts the medley of productions, groups, and individuals, all loosely associated with the symbolist movement, that make up the vast canvas. As the leading specialist in the Russian 20th-century avant-garde, Professor Bowlt is well qualified to place the silver age in context." ~ The Art Newspaper

"(An) authoritative feast of a book." ~ The Irish Times

John E. Bowlt is a specialist in Russian art history of the late 19th and early 20th centuries and has authored books on Symbolism, the avant-garde, and Socialist Realism. He has curated or co-curated numerous exhibitions and is currently a professor of Slavic Languages and Literature at the University of Southern California in Los Angeles.