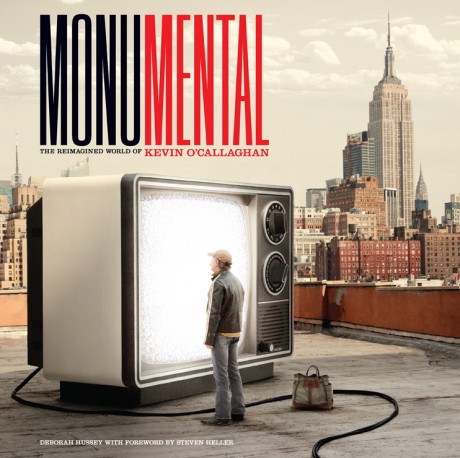 Kevin O’Callaghan is a design wizard and Monumental is his manifesto, featuring hundreds of beautiful and useful design objects made out of obsolete, useless, cast-off technology. Since 1985, O’Callaghan has taught a now-legendary 3-D design class at New York’s School of Visual Arts, where students solder, rivet, and weld the flotsam of mass-produced consumer culture into new, different, and, most importantly, functional objects. For “Yugo Next,” an exhibition that toured the United States—and mesmerized the media wherever it went—students transformed so-called “useless” Yugo automobiles into a piano, a barbecue, a shower, a confessional, an accordion, a gigantic telephone, and a toaster that actually popped, among other things. O’Callaghan is a philosopher, comedian, entrepreneur, and social critic who shows how design can make the world a better place.

Deborah Hussey is an editor and writer who specializes in art-related topics.

Steven Heller is a historian and critic of graphic design. He is the author, coauthor, or editor of more than 130 books on design and popular culture, including Abrams’s Graphic Style and Illustration. His career is intertwined with two great New York institutions, the New York Times (as an art director) and the School of Visual Arts (as program director and teacher).