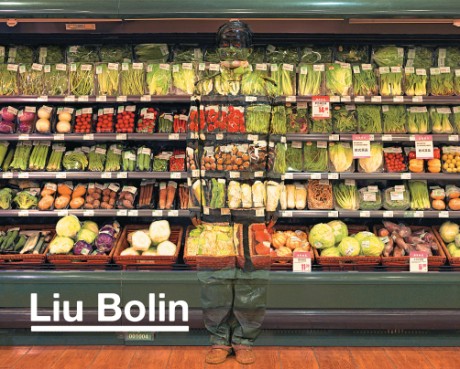 Liu Bolin first became invisible in 2006. When the artist village in Beijing where he worked as a sculp­tor’s assistant was demolished, he decided to protest. He camouflaged himself in the ruins with acrylic paints and photographed the finished product, marking the first of his Hiding in the City series. Since then, he has “disap­peared” in many different places around the world—from politically fraught areas in China to grocery stores, toy stores, and more. His work protests specific political acts of the Chinese government and offers commentary on consumer culture.
This comprehensive book showcases Bolin’s most striking photographs and sculptures and explores the techniques he uses to create his unforgettable art. Bolin has also helped other people disappear, including the members of Bon Jovi for the band’s recent album cover, as well as the fashion designers Jean Paul Gaultier, Missoni, Valentino, and more, and a selection of these photographs is featured throughout the book.

An acclaimed sculptor, performer, and photographer, Liu Bolin is represented by the Paris-Beijing Gallery in Paris, Beijing, and Brussels, and by Eli Klein Fine Art in New York.