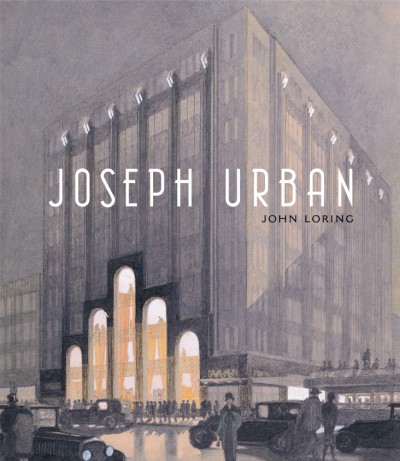 Joseph Urban is a lavish celebration of this prolific artist, architect, and designer, whose accomplishments include magnificent Art Deco buildings, spectacular Ziegfeld Follies productions, and dramatic sets for the Metropolitan Opera. Joseph Urban (1872–1933) began his career as an architect and artist in Vienna before moving to America in 1911. In 1914 he moved to New York, where he ultimately signed on as set designer of the Metropolitan Opera. He also became immersed in an astonishing array of outside projects, designing nightclubs, hotel lounges, skyscrapers, theaters, stage and film sets, and even children’s books. Though his creative output was immense, little remains of his work except the Mar-a-Lago in Palm Beach, and the New School and the base of the Hearst Tower in New York.

"a trove of his luminous renderings and photos" --Elle Décor

John Loring is design director emeritus of Tiffany & Co., where he worked for 30 years. He is the author of Abrams’ Tiffany books, including Tiffany Style, Tiffany Diamonds, Tiffany Flora and Fauna, and Tiffany in Fashion. Loring has been a contributing writer to Architectural Digest for 35 years.