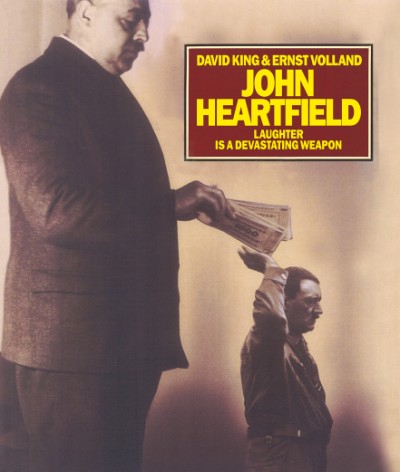 German artist John Heartfield (1891-1968) is widely considered one of the inventors of photomontage. In the 1930s, he produced some of the most visually arresting and politically hard-hitting artwork of the 20th century, appropriating the widely circulated propaganda of the time to create its total antithesis. In his own words, he used “laughter as a devastating weapon” to target the Nazis, which made him a target for Nazi censorship. In 1933, the Gestapo destroyed much of his work, after which he produced his brilliantly terrifying images in exile. This new book includes an insightful essay and more than 150 full-color reproductions of his works.

David King, former art editor of the Sunday Times (London), is author of The Commissar Vanishes, the award-winning Red Star OverRussia, and other books.

Ernst Volland is an artist and a photography collector in Berlin.