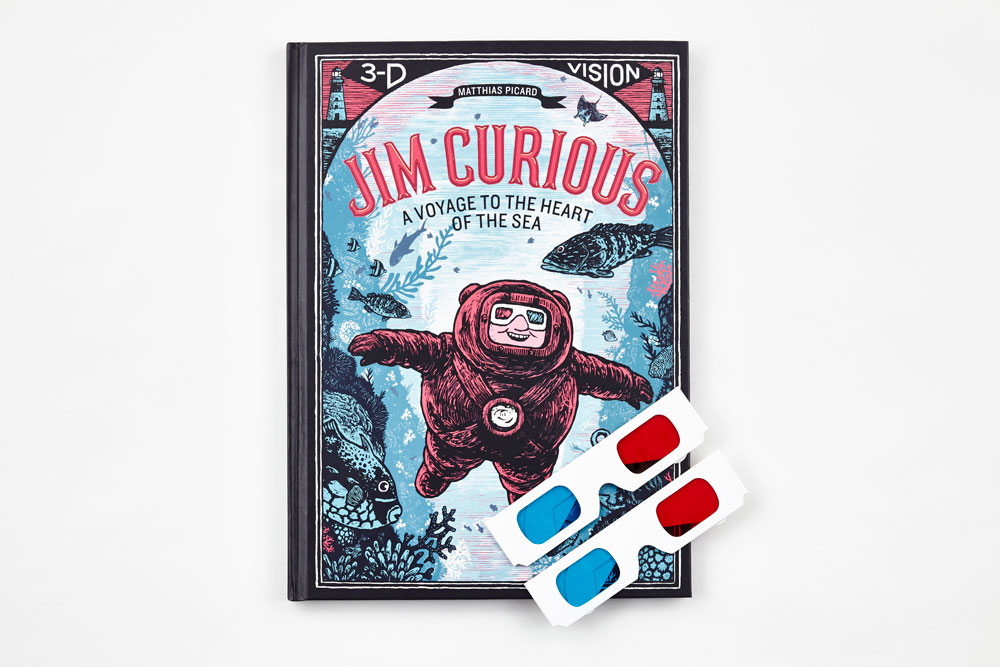 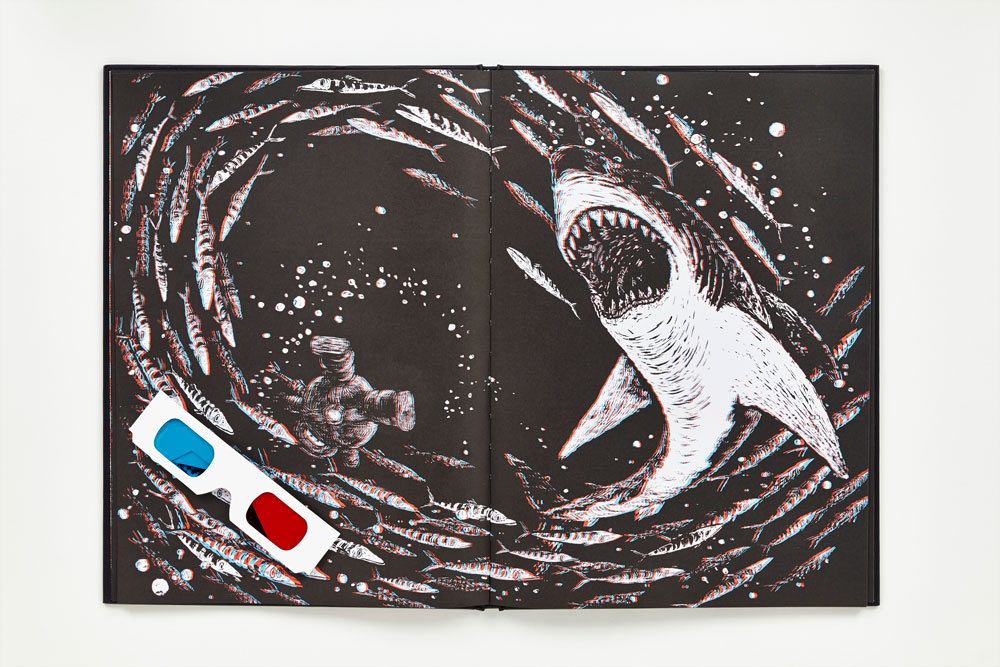 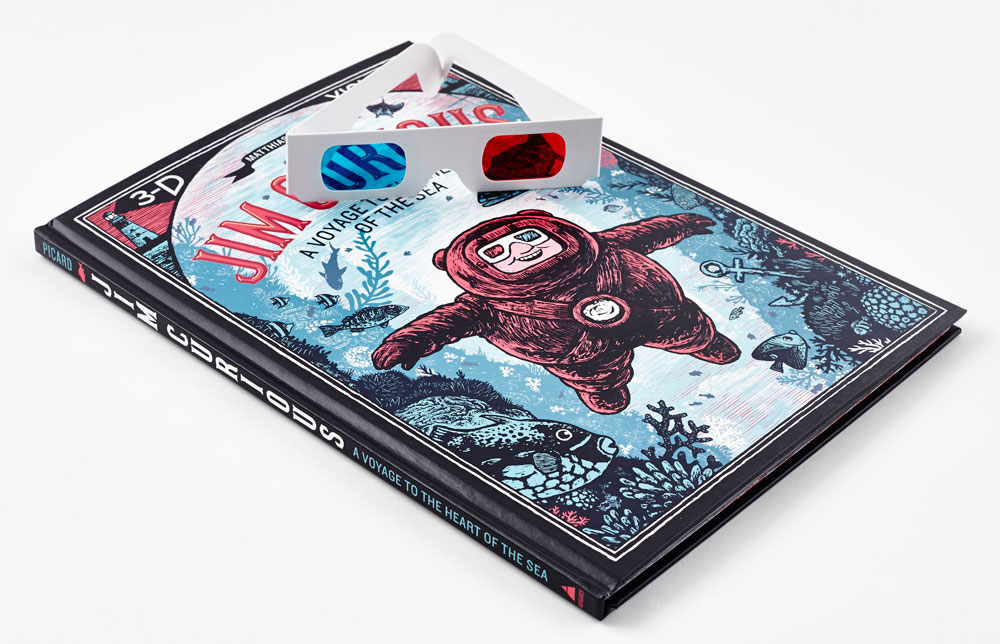 Jim Curious portrays the fantastical story of a young boy and his thrilling trip to the bottom of the sea in an old-fashioned diving suit. But there are no words telling his tale—only intricately illustrated images in exceptional 3-D. On his journey, Jim initially passes the garbage tossed into the waters by land-dwellers, but soon he goes deeper and deeper, immersing himself in the wonders of the waters. He encounters sea creatures large and small, a sunken pirate ship, and even the rem­nant of what seems to be Atlantis, before coming upon a mysterious force at the bottom that turns everything on its head.

"The lush, expressive black-and-white, full-page illustrations in this wordless graphic novel would be thrilling enough on their own, but French graphic designer Picard has rendered them in glorious, artful 3-D. When Jim slips beneath the surface of the water, the pictures pop off the page, giving a lovely sense of depth to his deep sea dive."
--Booklist

Matthias Picard is a graphic artist who has published a graphic novel, Jeanine, in France. He is based in Paris.