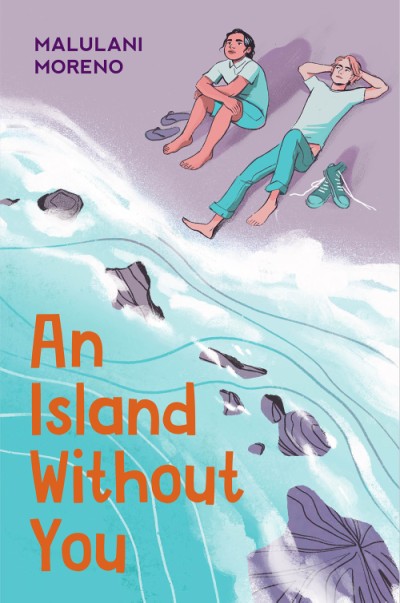 Pre-order
An Island Without You
By Malulani Moreno

When Keoni's longtime bully Spencer disappears, he's ecstatic: Life as a sixteen-year-old gay outcast in WahiawÄ, Hawai'i, just got a lot easier. But Keoni can't seem to escape Spencer's memory—there are missing posters everywhere, his best friend is spearheading a fundraiser, and some people think that Spencer didn't actually run away.

Aaron didn't know what to expect when his dad uprooted them after his mom's death, but it wasn't that the first person he'd connect with in their new town would go missing. Still reeling from the loss, Aaron tries to make friends, but that's hard with his selective mutism and the visions he's having about Spencer.

When their lives collide, Keoni and Aaron try to find the truth of what happened to Spencer. And as they draw closer to the truth, they also grow closer to each other.

Malulani Moreno is a hapa writer of Kanaka Maoli (Native Hawaiian), Mexican, and Portuguese descent. Born in Honolulu, Hawai'i, he currently lives and works on Maui. He earned his MFA in creative writing at The New School. An Island Without You is his first novel.