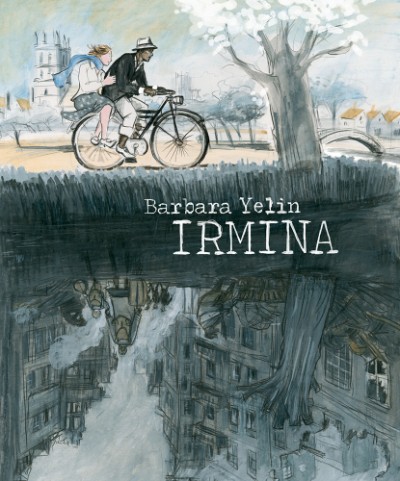 In the mid-1930s, Irmina, an ambitious young German, moves to London. At a cocktail party, she meets Howard Green, one of the first black students at Oxford, who, like Irmina, is working towards an independent existence. However, their relationship comes to an abrupt end when Irmina, constrained by the political situation in Hitler's Germany, is forced to return home. As war approaches and her contact with Howard is broken, it becomes clear to Irmina that prosperity will only be possible through the betrayal of her ideals.

In the award-winning Irmina, Barbara Yelin presents a troubling drama about the tension between integrity and social advancement. Based on a true story, this moving and perceptive graphic novel perfectly conjures the oppressive atmosphere of wartime Germany, reflecting with compassion and intelligence on the complicity that results from the choice, conscious or otherwise, to look away.

Barbara Yelin was born in Munich and studied illustration at the Hamburg University of Applied Sciences. She is the author of Gift (with Peer Meter) and Riekes Notizen. She lives in Germany.