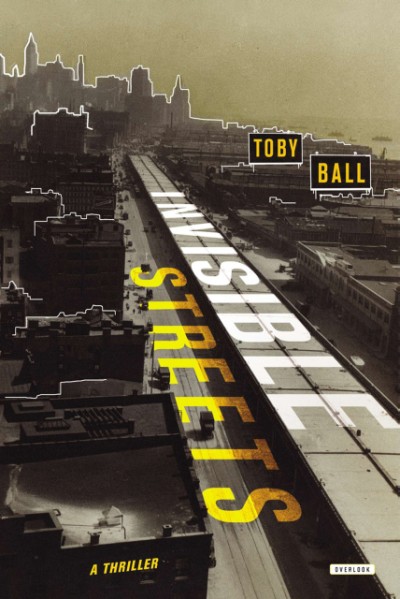 A brilliantly imagined thriller, Invisible Streets is a sprawling, noirish epic of crime and corruption by an author who has been compared to Caleb Carr, James Ellroy, and Jonathan Lethem. It's the mid-1960s, and the City is a hulking shell of itself. Bohemians, crooks, and snarling anti-Communists have their run of the place, but if Nathan Canada has his way, all this decline and decadence will soon be nothing but a distant memory. His New City Project will paper over the grit and the grime, making the City safe for the rich. According to Canada and his influential allies, the project is the City's last best hope—but according to everyone else in town, it's a death knell. So when the Project's cache of explosives goes missing, everyone is a suspect, and police detective Torsten Grip finds himself up against a ticking clock and a wall of silence. Meanwhile journalist Frank Frings—the last honest man in the City—sets out to find his friend's grandson, who has gotten himself involved with Kollectiv 61, a radical group that Grip believes holds the key to the investigation. And in the middle of it all is Canada's enforcer Phil Dorman, whose job is to ensure that the City's corruption and chaos remain at a boil—but never more than that. At once a cinematic journey through a city down on its luck and a gripping story all the way up to its shocking conclusion, Toby Ball's Invisible Streets will leave you awed and breathless.