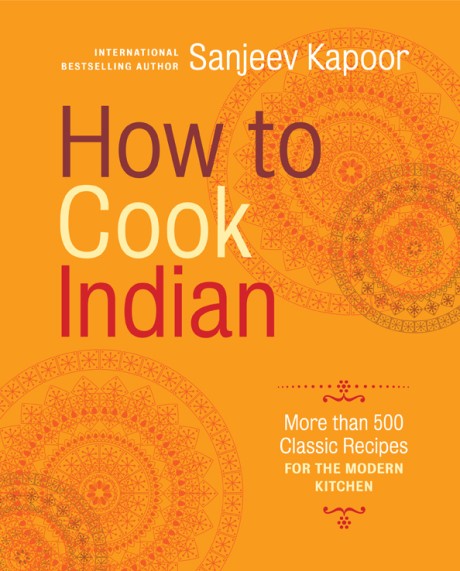 How to Cook Indian

More Than 500 Classic Recipes for the Modern Kitchen

Sanjeev Kapoor burst onto the scene in India with an easy, no-fuss cooking approach. More than a decade later, he is a global sensation with an international media empire that is rooted in this philosophy. In How to Cook Indian, Kapoor introduces American audiences to this simple cooking approach with a definitive book that is the only Indian cookbook you will ever need. His collection covers the depth and diversity of Indian recipes, including such favorites as butter chicken, palak paneer, and samosas, along with less-familiar dishes that are sure to become new favorites, including soups and shorbas; kebabs, snacks, and starters; main dishes; pickles and chutneys; breads; and more. The ingredients are easy to find, and suggested substitutions make these simple recipes even easier.

Praise for How to Cook Indian:

"Those interested in expanding upon their collection of (brilliant, essential, important) books from Madhur Jaffrey, or in adding a reference work to accompany Suvir Saran's terrific Indian Home Cooking, may do well to make Kapoor's acquaintance."
-The New York Times

"He may not be an icon here yet, but Sanjeev Kapoor is certainly one in India, where he has been called 'the Rachael Ray of India' (but by Ray's own admission, he has a bigger audience, has published more books, and been on TV longer). Kapoor makes his U.S. debut with How to Cook Indian."
--Publishers Weekly

"It's time for Americans to finally learn about India's first and biggest celebrity chef, Sanjeev Kapoor. With a daily television show that has 500 million viewers in 120 countries, as well as more than 140 cookbooks and over 20 restaurants to his name-plus his own TV station in the making-Kapoor has a huge following of housewives, their mothers-in-law, and even their husbands."
-Food & Wine

"Cool as a grated cucumber and mellow as a mango lassi, Sanjeev Kapoor is poised to conquer those few corners of the world where he and his food are not yet well known."
-Washington Post

Sanjeev Kapoor is one of the biggest culinary stars in the world. CNN has called him the "Rachael Ray of India." He lives in Mumbai.