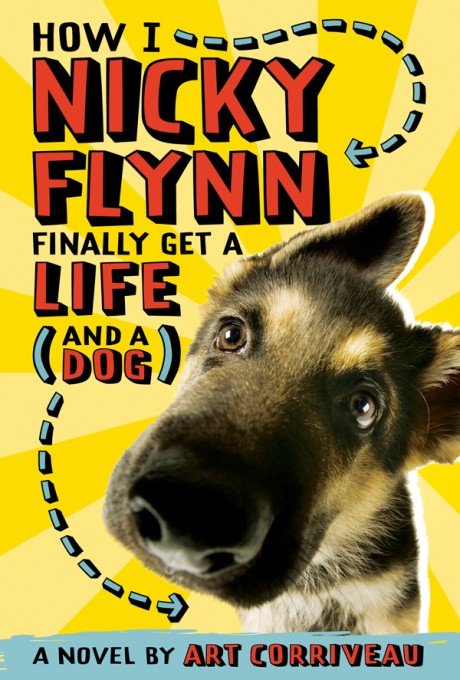 How I, Nicky Flynn, Finally Get a Life (and a Dog)

Nicky Flynn’s life just got a whole lot harder. His parents are going through a messy divorce, and as a result he’s starting a new life, in a new city, in a new school. Now his mom has brought home Reggie, an eighty-pound German shepherd fresh from the animal shelter, who used to be a seeing-eye dog. At first Nick isn’t sure about this canine intrusion—it’s just another in a series of difficult changes. Soon, however, Nick is on the path to finding out why a seeing-eye dog would be left at an animal shelter, and along the way discovers that Reggie is a true friend that Nick can rely on. But when he tries to reconnect with his dad, Nick puts everything on the line, including the life of his new best friend.

Art Corriveau is a brilliant new voice for middle-grade fiction. How I, Nicky Flynn, Got a Life (and a Dog) is a heartfelt and honest look at the effects of divorce and the wonders of friendship.

Art Corriveau’s first novel, Housewrights, was for adults and was published by Penguin in 2002. Library Journal called it “one of the better debut novels of [the] year,” while Publishers Weekly said “Corriveau is a smooth, evocative writer who creates engaging character.” His adult short fiction has been anthologized in literary journals in the United States, the UK, and Canada, and as a travel writer he has lived in and written about Great Britain, France, the Netherlands, Sweden, Thailand, and Hong Kong. He holds an MFA in writing from the University of Michigan and lives in Santa Fe, New Mexico.