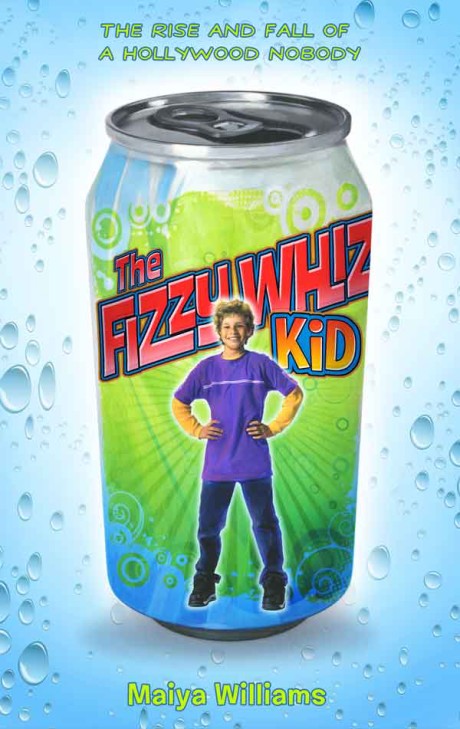 Readers will laugh along with all the misadventures—and sneak a peek behind the Hollywood curtain—in this sweet and funny novel.

When Mitchell Mathis moves to Hollywood with his academic parents, he soon realizes he’s the only ordinary kid in a school of the powerful and famous. There’s Skywalker Wong, whose parents are special effects gurus. And Julia Jodie Schwartz, named after her agent father’s two highest-earning clients. And Dash Silverman, whose parents write the movies that everyone else seems to have memorized. In an attempt to feel like less of an outsider, Mitch goes to an open casting call, where he ends up being cast in a soda commercial that launches a popular catchphrase. Suddenly he’s on TV, signing autographs, and riding in limos. But when the ad starts getting negative attention and he doesn’t have time for his old friends and interests, fame doesn’t seem like so much fun anymore. He’ll need all his “acting” skills—and the help of his Hollywood-savvy classmates—to figure out how to go back to being a normal kid again.

Praise for the work of Maiya Williams

“The fast-paced plot and smooth transition from everyday life to fantasy adventure make this a good choice for reluctant readers.” —School Library Journal

“Action-packed and laden with good-natured humor, Williams’s tale is a journey worth taking.” —Publishers Weekly

Praise for The Fizzy Whiz Kid

"Seriously committed film industry wannabes as well as erstwhile daydreamers will find a lot of good information here about how Hollywood magic gets made.” —The Bulletin of the Center for Children's Books

“Williams’ breezy tale is as addictive and bubbly as a Fizzy Whiz itself, and her experience in the entertainment industry packs real value into her descriptions of auditions, movie sets, and agent negotiations.” —Booklist

Maiya Williams was born in Corvallis, Oregon, and grew up in New Haven, Connecticut, and Berkeley, California. She attended Harvard University, where she was an editor and vice president of the Harvard Lampoon. She is a writer and a producer of televisions shows and lives with her husband and their three children, a Labrador retriever, and a variety of fish in Pacific Palisades, California.