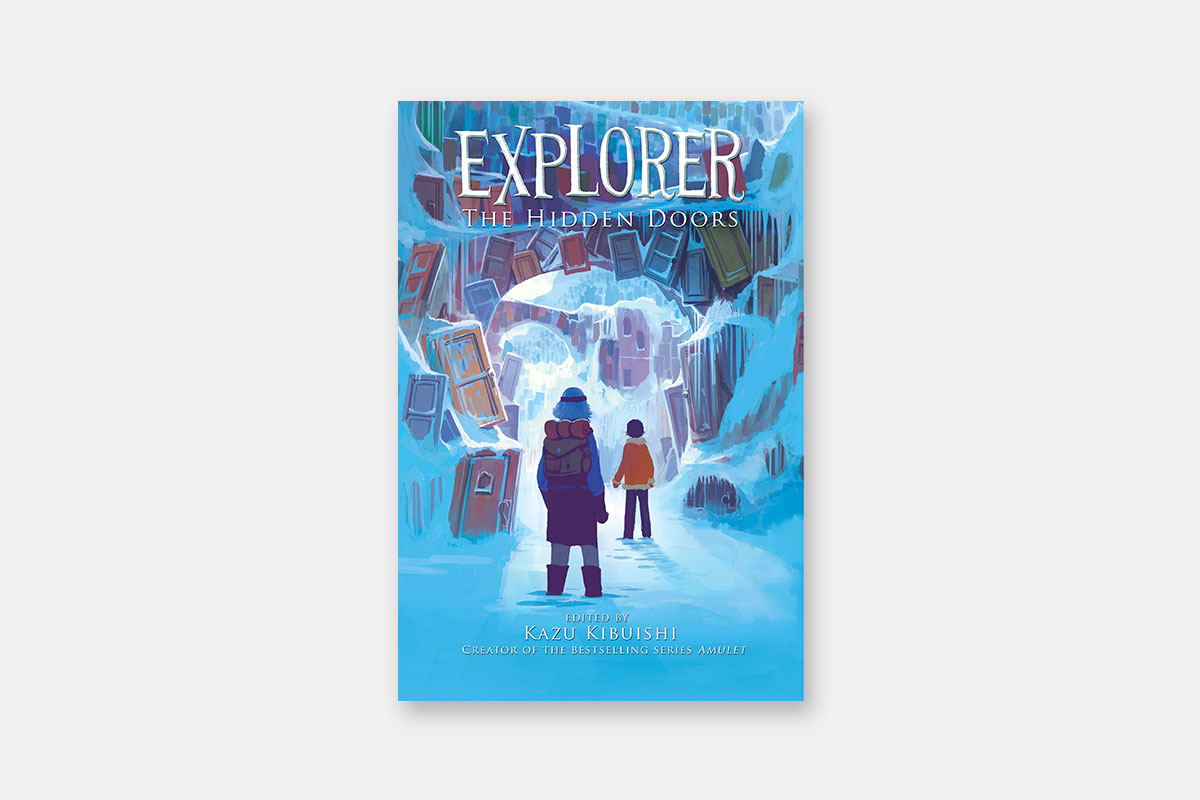 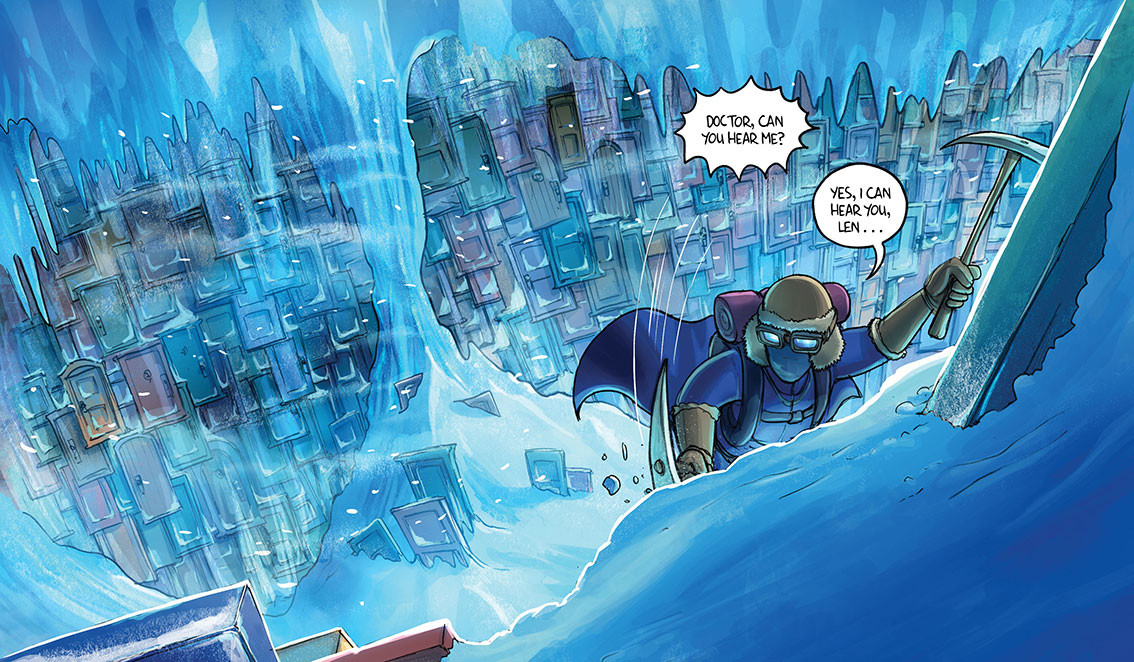 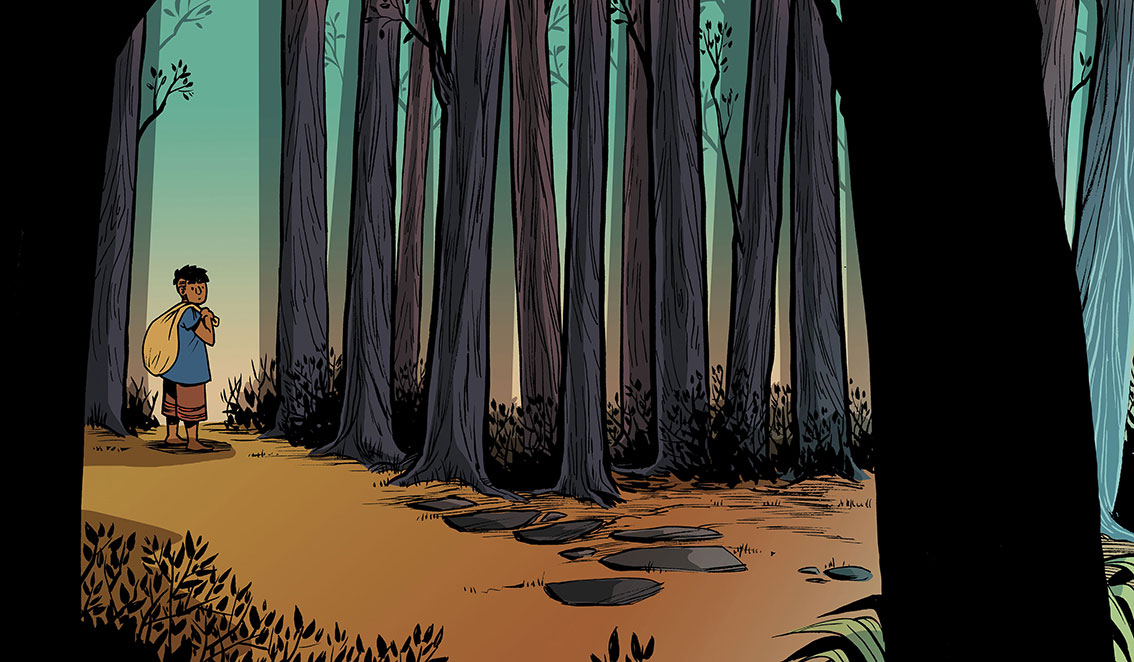 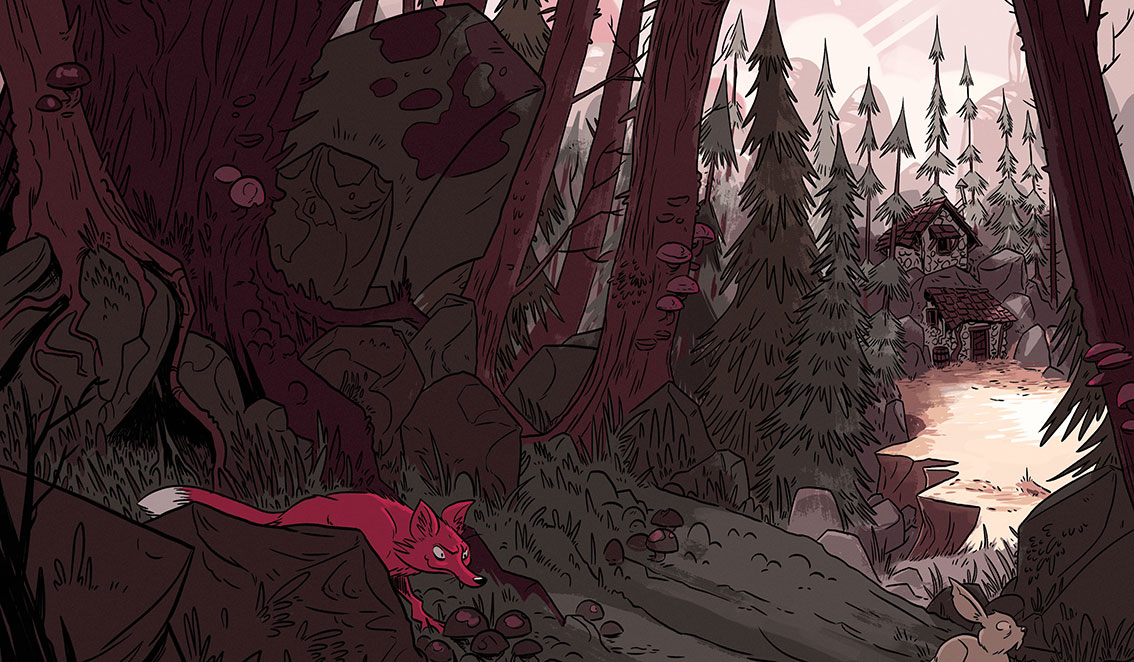 A bullied boy discovers a door guarded by a sly monster . . . A painting of a door opens in a forgotten Egyptian tomb . . . A portal in the park promises to turn you into a much cooler version 2.0—if you can just get the bugs out . . . Edited by New York Times bestselling comics creator Kazu Kibuishi, who is also a contributor, the third volume in this highly praised series gathers some of the foremost and fastest-rising talents in comics for kids: Jen Wang (Koko Be Good), Johane Matte (Explorer: The Mystery Boxes), Steve Hamaker (colorist of Jeff Smith’s Bone series), Faith Erin Hicks (Friends with Boys), DougHolgate (Zack Proton series), and Jason Caffoe (Explorer: The Lost Islands and Flight). Readers maynever walk into a room the same way again.

STARRED REVIEW
"Another worthy entry in a series of themed collections that places production and storytelling on equally high pedestals."
— Kirkus Reviews

"The last three stories—Steve Hamaker’s rollicking 'Fish n Chips'; Johane Matte’s inventive Egyptian-graverobbing story, 'Mastaba'; and Jen Breach and Douglas Holgate’s pun-tastic fantasy action tale 'When Is a Door Not a Door?'—end the collection on a high note, with solid plots and gorgeous artwork. Expect followers of the popular series to snatch it up."
— Snow Wildsmith, Booklist

Kazu Kibuishi is the author of Amulet, the award-winning New York Times bestselling graphic novel series; the illustrator of the new paperback covers for J. K. Rowling’s Harry Potter series; and the editor of eight volumes of Flight, the Eisner-nominated anthology series. He lives in Bellevue, Washington.