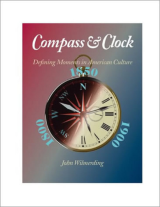 In this provocative book, a prominent art historian discusses the evolution of American culture--literature, art, architecture, and music--during the 19th century as the nation expanded and matured. John Wilmerding focuses on three turning points-around 1800, when America began to find its identity as a republic; the mid-century, a self-confident period of prosperity and growth; and the century's close, a time of anxiety over profound changes in the psychological and physical dimensions of life. The author provides stimulating analyses of the masterworks of these periods--from Walden and Moby-Dick to the paintings of Thomas Eakins and Winslow Homer--finding common threads and complementary expressions among the images that writers and visual artists alike used to convey the mood and vision of each distinctive era.

John Wilmerding is Sarofim Professor of American Art at Princeton University and visiting curator in the Departments of American Art at The Metropolitan Museum of Art, New York. The former deputy director of the National Gallery of Art, Washington, Wilmerding has written a number of books on American art, including Abrams' Andrew Wyeth: The Helga Pictures. He lives in Princeton, New Jersey.