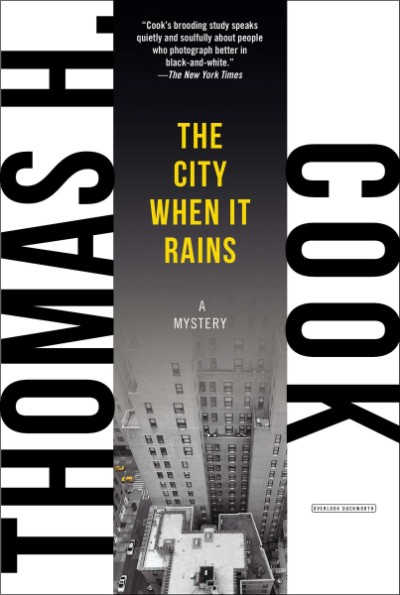 Buy
The City When it Rains
A Mystery
By Thomas H. Cook

There's nothing special about the woman's death. It comes over the police radio like any other sad story: a woman found on the sidewalk, killed after plunging from her apartment. But something about the gruesome scene grabs David Corman's attention. A freelance photographer with a defunct marriage and a career on the skids, he fixates on this mysterious death. But learning the truth behind this futile suicide will teach David that New York is even uglier than he imagined.