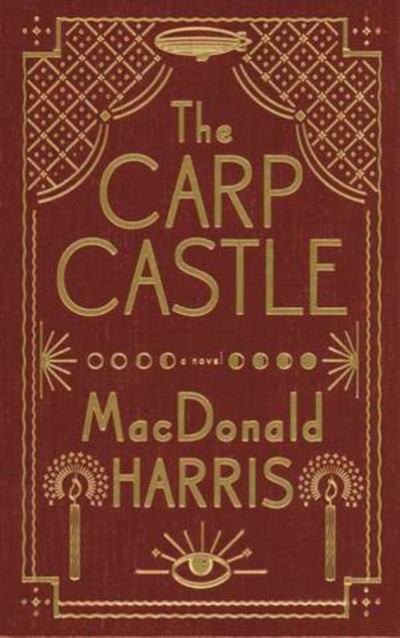 Buy
The Carp Castle
A Novel
By Macdonald Harris

These haunted men and broken women find themselves bound together by an ineffable force: the seductive spell cast by a mysterious woman named Moira--one part mystic, one part cult leader, one part prophet. The Carp Castle introduces us to these misfits--to the unemployed American metaphysician, the perpetually ill English nurse, the guilt-ridden German captain, and a handful of others--as they board an airship called The League of Nations, which will, perhaps, deliver them to the promised land. Exuberantly written and rich with historical ironies, The Carp Castle is a remarkable final statement from MacDonald Harris, praised by the Chicago Tribune as "a gifted craftsman, a meticulous writer whose powers as a storyteller are as compelling as the sexual tensions he imagines." Praise for the work of MacDonald Harris: "A delight . . . Harris's sympathy for such a range of characters in their crazinesses, their various kinds of loneliness, their sheer comedy is wonderful. I think [The Carp Castle is] one of his very best." --Philip Pullman "Every so often, one discovers a novel that simply stays with you, that haunts your imagination for days after it's closed and put back on the shelf. The Balloonist is that kind of book." --Michael Dirda, The Washington Post