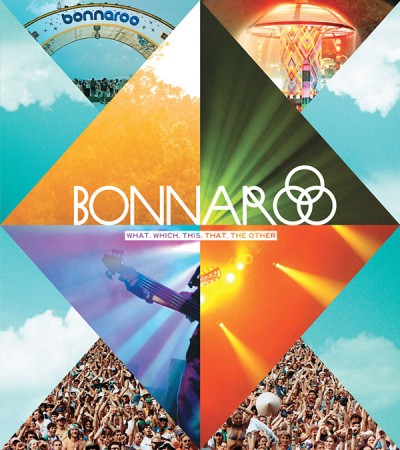 Buy
Bonnaroo
What, Which, This, That, The Other
By Bonnaroo
Editor Holly George-Warren

Set on 700 acres of rolling farm hills in Manchester, Tennessee, Bonnaroo is a four-day music and camping festival that draws in over 80,000 fans every summer. Featuring over 120 musical performances, along with comedy, cinema, sustainability workshops, and more, the grounds are converted into a virtual city of music and art. With over 200 photographs of some of the most legendary musical acts of all time, and numerous personal contributions by musicians and patrons, Bonnaroo: What, Which, This, That, The Other celebrates 10 years of this beloved music festival and the impact it has made on American culture. Whether fans of the Dave Matthews Band, Eminem, Radiohead, or Metallica, all music lovers unite to experience the magic of Bonnaroo.

"How do you get 80,000 fans to spend four days camping in the Tennessee sun? By offering the kind of moments this coffee-table photo book captures." —Rolling Stone

Holly George-Warren is former editorial director for Rolling Stone Press and has published numerous books on music, including The Road to Woodstock. She lives in upstate New York.