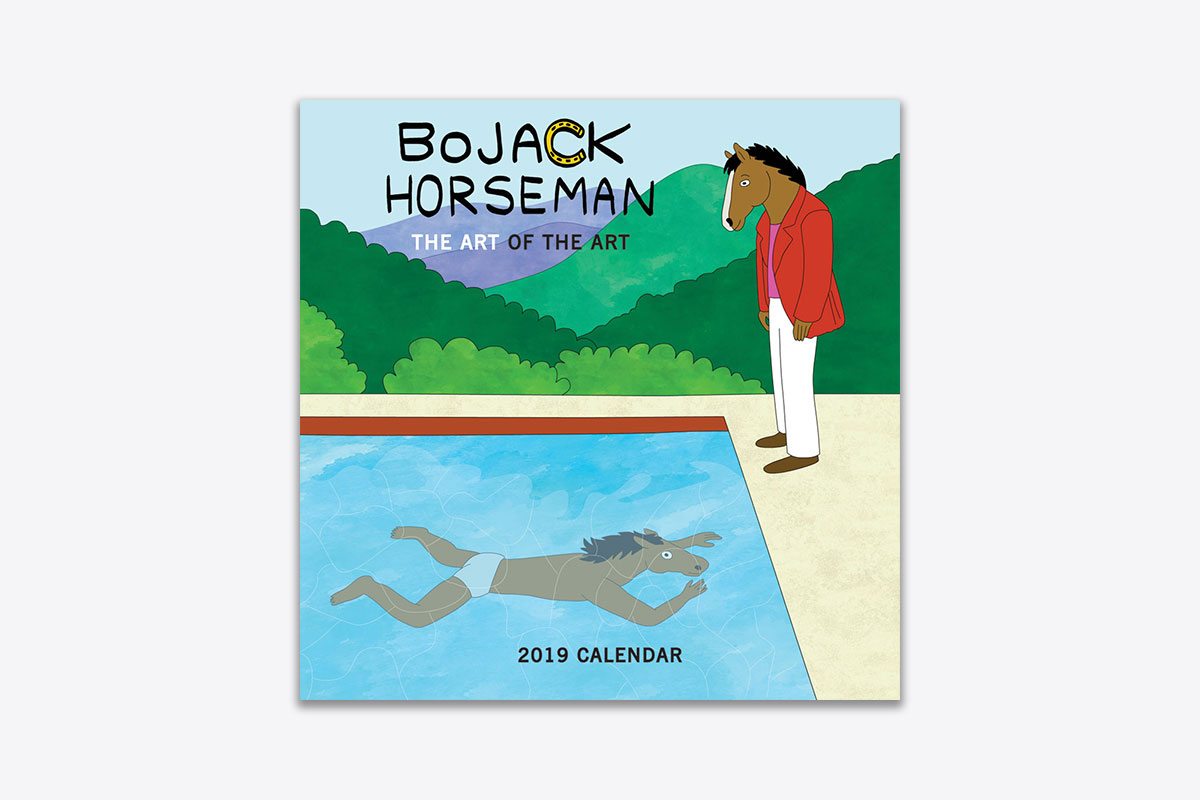 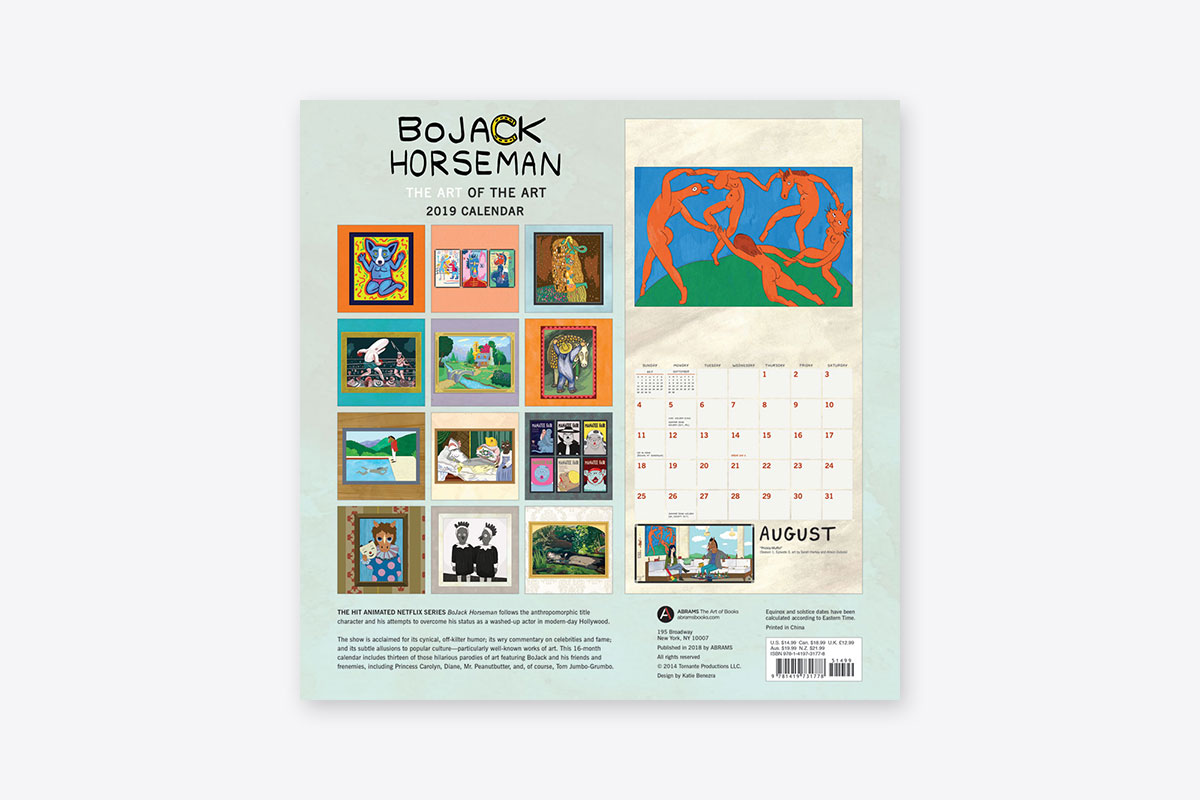 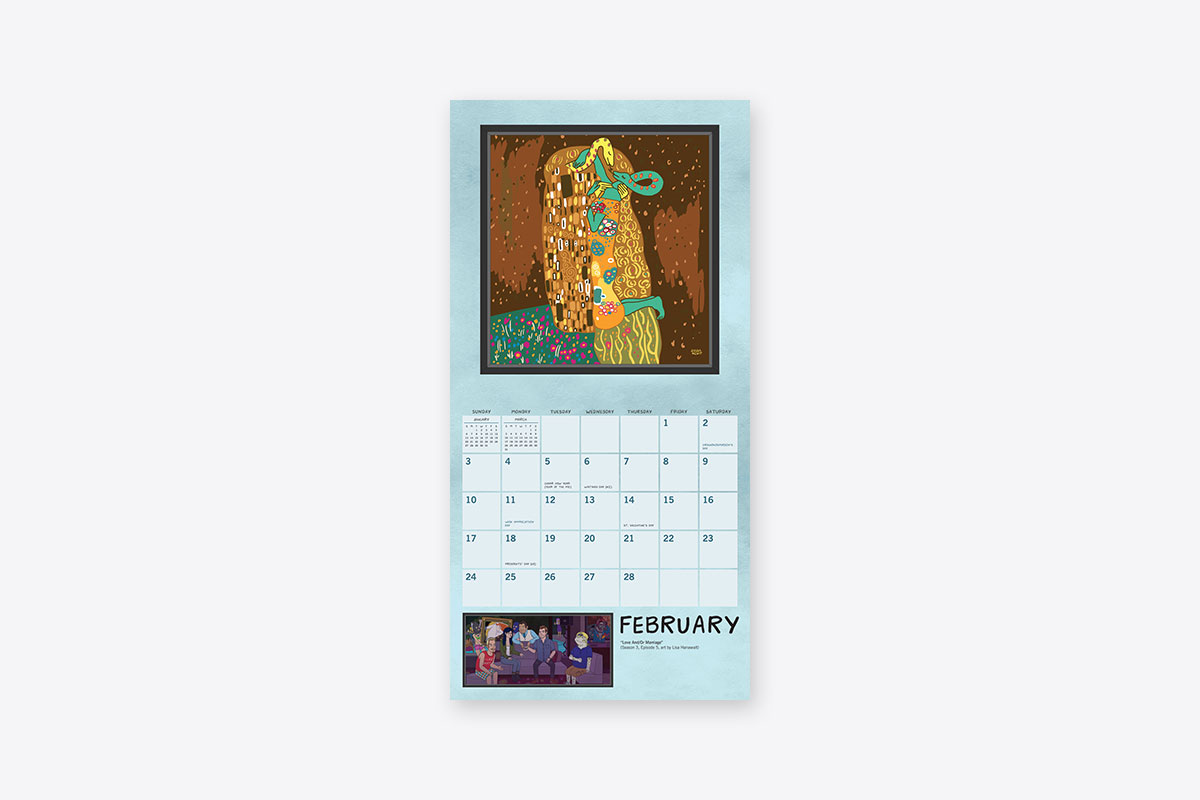 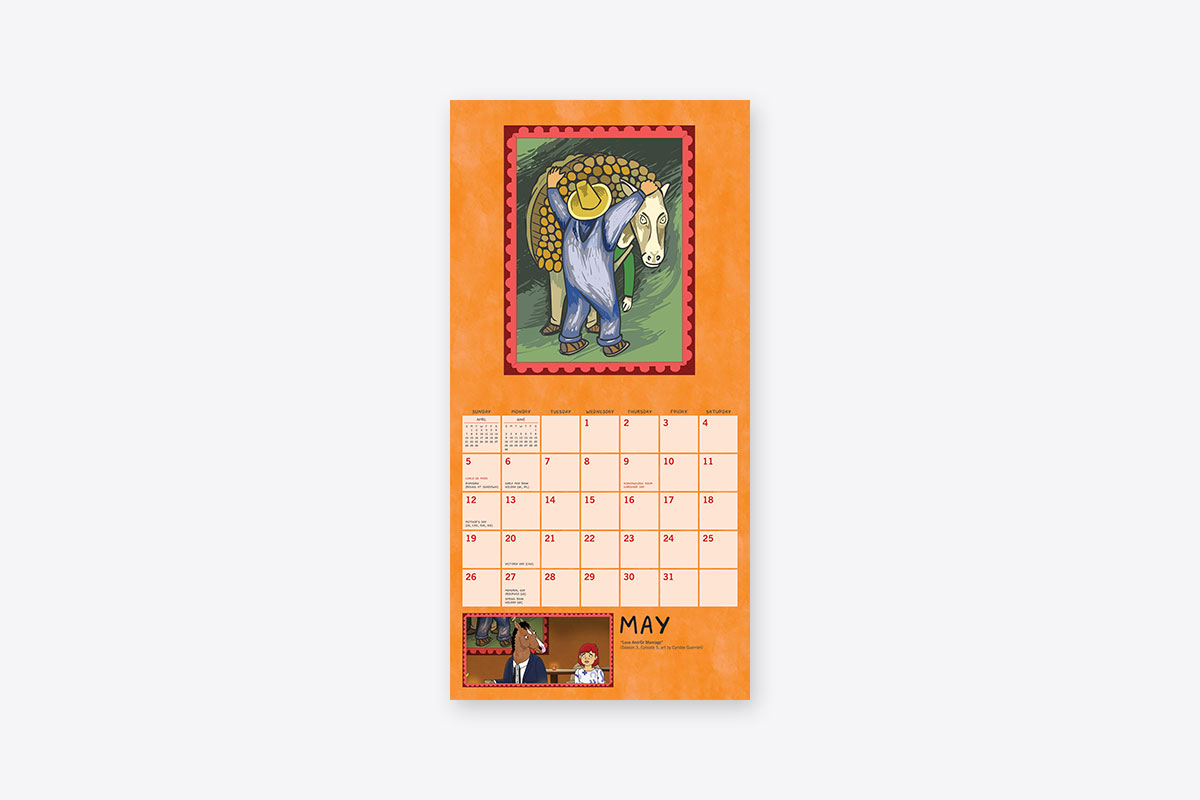 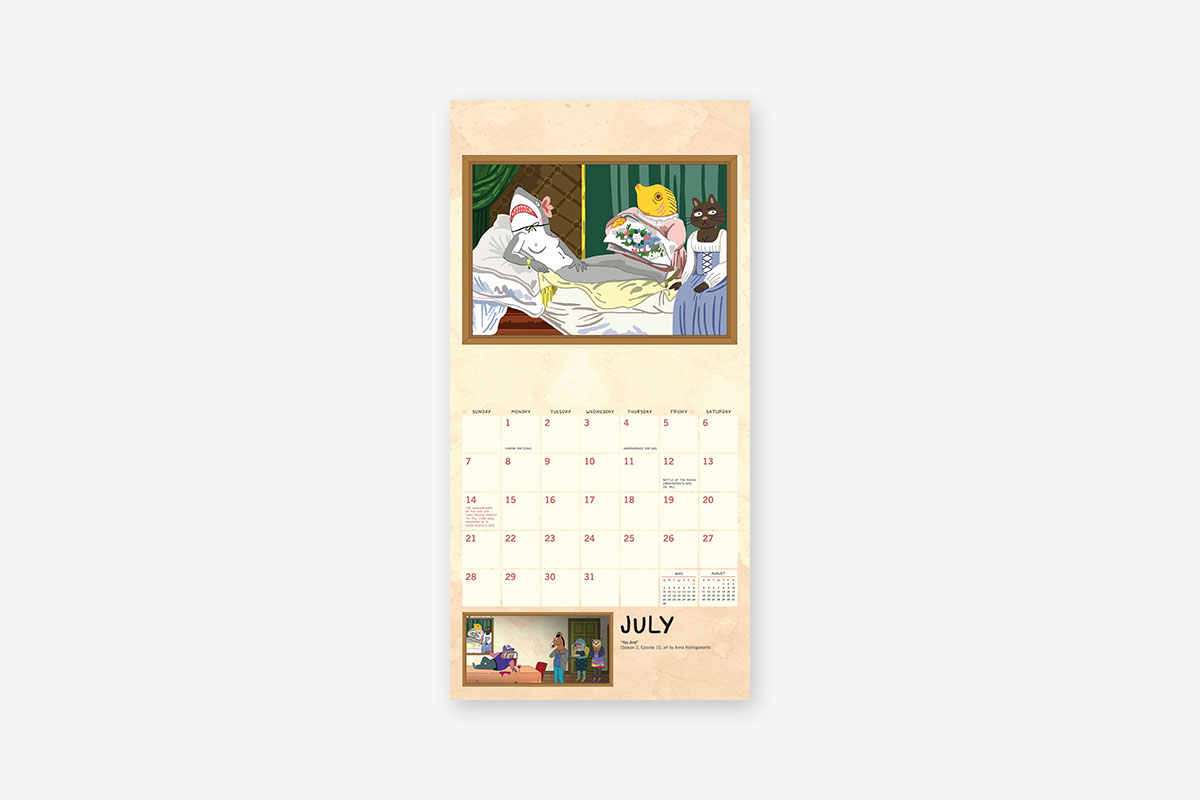 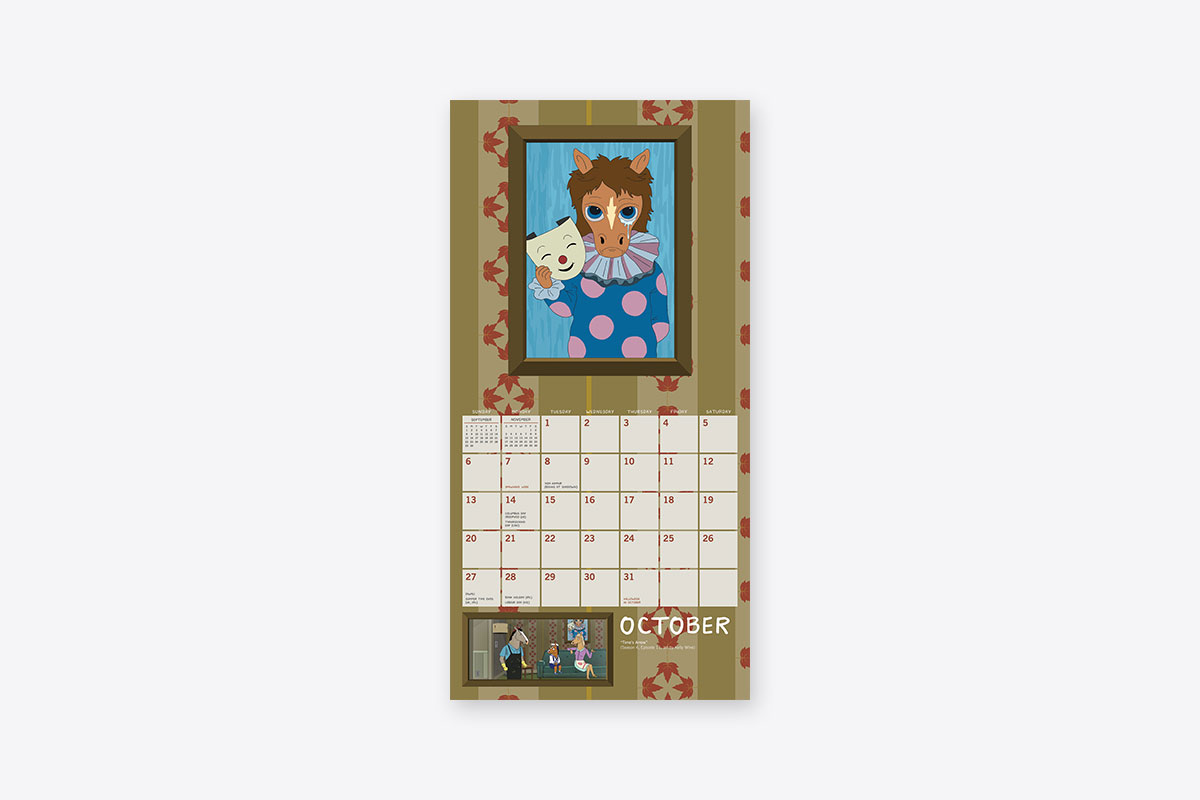 Acclaimed for its cynical humor, wry commentary on fame, and allusions to popular culture—particularly well-known works of art— the hit Netflix series BoJack Horseman follows the anthropomorphic title character and his attempts to overcome his status as a washed-up actor in modern day Hollywood. This 16-month calendar includes thirteen hilarious parodies of art from the show featuring BoJack and his friends and frenemies, including Princess Carolyn, Diane, and Mr. Peanutbutter.