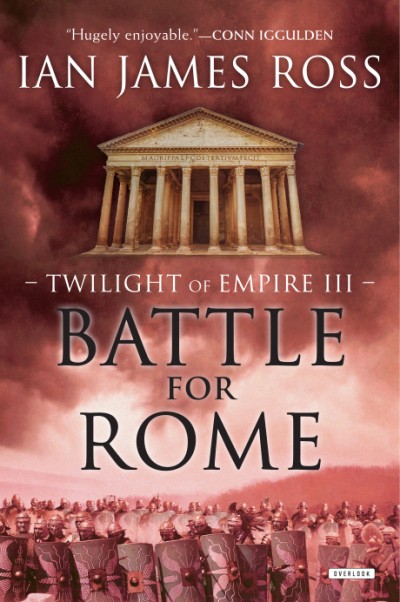 War is coming to the Roman Empire, and only Maxentius, tyrant of Rome, stands between the emperor Constantine and supreme power in the west. Aurelius Castus, promoted from the ranks for valor and loyalty, is now a tribune in Constantine's army. But great honor brings new challenges: Castus is tormented by suspicions that his aristocratic wife, the mother of his child, has been unfaithful. And as Constantine becomes increasingly devoted to Christianity, Castus is forced to ask himself whether he is backing the wrong man.All know that the coming war will decide the fate of empire. But Castus's own battle will carry him much further—into the shadowy realms of treachery at the heart of Rome itself. Set during a little-known period of Roman history, Battle for Rome is a tense and engrossing page-turner brilliantly executed by Ross with meticulous period detail, bloody battles, and a cast of complex and power-hungry characters that will enthrall readers until the final, harrowing pages.