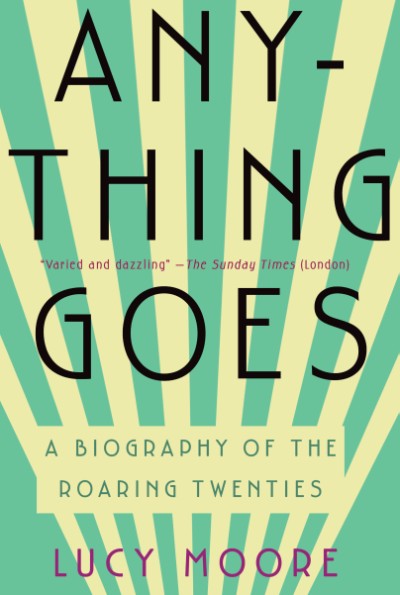 The glitter of 1920s America was seductive, from jazz, flappers, and wild all- night parties to the birth of Hollywood and a glamorous gangster-led crime scene flourishing under Prohibition. But the period was also punctuated by momentous events-the political show trials of Sacco and Vanzetti, the huge Ku Klux Klan march down Washington DC's Pennsylvania Avenue-and it produced a dizzying array of writers, musicians, and film stars, from F. Scott Fitzgerald to Bessie Smith and Charlie Chaplin. In Anything Goes, Lucy Moore interweaves the stories of the compelling people and events that characterized the decade to produce a gripping portrait of the Jazz Age. She reveals that the Roaring Twenties were more than just "the years between wars." It was an epoch of passion and change-an age, she observes, not unlike our own.