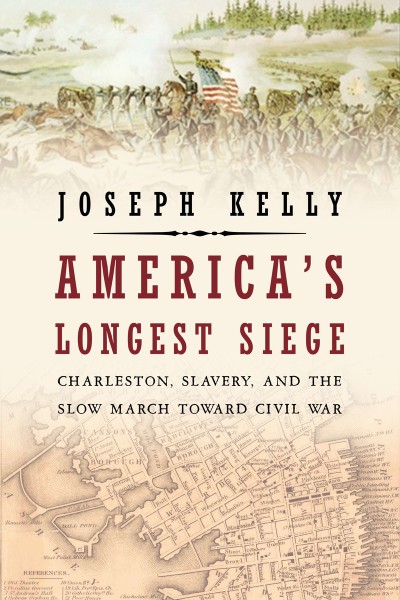 But for almost two centuries prior, a singular ideology forged among the headstrong citizens of Charleston had laid a different sort of siege to the entire American South--the promulgation of brutal, deplorable, and immensely profitable institution of slavery. In America's Longest Siege, Joseph Kelly examines the nation's long struggle with its "peculiar institution" through the hotly contested debates in the city at the center of the slave trade. From the earliest slave rebellions to the Nullification crisis to the final, tragic act of secession that doomed both the city and the South as a whole, Kelly captures the toxic mix of nationalism, paternalism, and unprecedented wealth that made Charleston the focus of the nationwide debate over slavery. Kelly also explores the dissenters who tried--and ultimately failed--to stop the oncoming Civil War. Exhaustingly researched and also compulsively readable, America's Longest Siege offers an insightful new take on the war and the culture that made it inevitable.