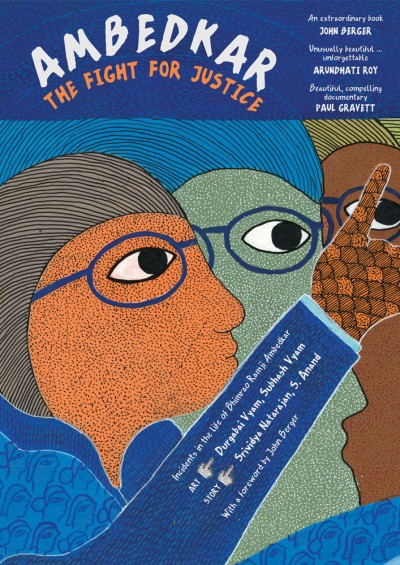 Born a member of India's "untouchable" caste, Bhimrao Ramji Ambedkar (1891–1956) faced discrimination even at a young age. In school as a boy, upon his return to India after attending Columbia University, and while traveling later in life, Ambedkar knew firsthand what it was like to be treated as an outsider. Determined to overcome the odds, however, he gained multiple doctorates, campaigned against social discrimination and the caste system, and went on to draft the Constitution of India, becoming one of the country's foremost revolutionaries. Now, in a book Arundhati Roy called "unusually beautiful . . . unforgettable," comes the story of a man whose experience continues to haunt India's 170 million Dalits (considered untouchables), many of whom are still denied water, shelter, and the basic dignities of life. Joe Sacco, author of Palestine, calls Ambedkar "challenging in all the right ways," and indeed, Pardhan Gond artists Durgabai Vyam and Subhash Vyam interweave historical events with contemporary incidents to infuse fresh energy into the graphic idiom through their magical art.

Praise for Ambedkar: The Fight for Justice:

"Needs to be read by all those people who read only prize-winning fiction by Indian writers. . . .The book is unusual, quite distinct even from other graphic novels . . . . the art beautiful and evocative, depicting a life that must have flashed meteor-like across the Indian sky in mid-twentieth century." --The Aerogram