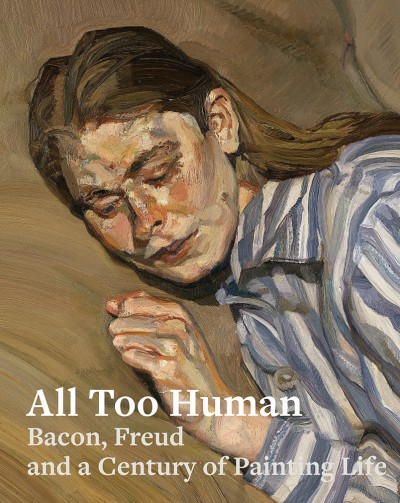 Buy
All Too Human
Bacon, Freud, and a Century of Painting Life
Editor Elena Crippa

All Too Human celebrates the painters in Britain who strove to represent human figures, their relationships, and their surroundings in the most intimate of ways—and features breathtaking works by Lucian Freud and Francis Bacon alongside rarely seen pieces by contemporaries such as Frank Auerbach and Paula Rego. Despite vast differences in approach and style, the works included all capture the sensuous, immediate, and intense experience of life through the medium of paint. Published to accompany a major exhibition at Tate Britain in London, All Too Human not only demonstrates how this spirit was passed down by artists of the previous generation, such as Walter Sickert and David Bomberg, but also explores how contemporary artists continue to express the complex intangible realities of life in paint today.

Elena Crippa is curator, modern and contemporary British art, at Tate. Andrew Brighton is a writer, editor, curator, and lecturer. Charlotte Mullins is an art critic, writer, and broadcaster. Gregory Salter is lecturer in history of art at the University of Birmingham, England.