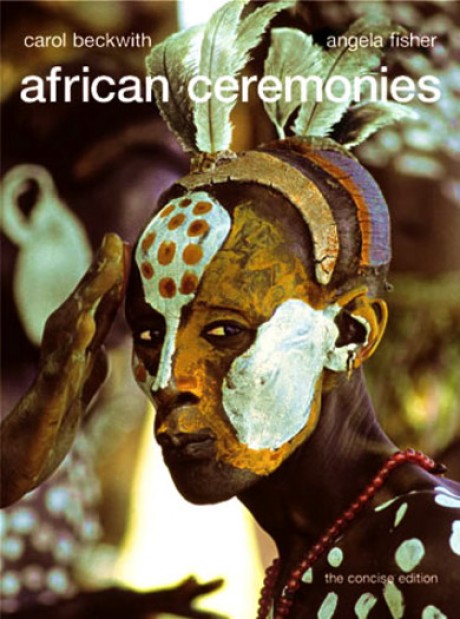 [A] stunner . . . these two Western women have gone further and deeper into tribal Africa than any photographers have gone before." -Wall Street Journal "A masterwork on African ritual. . . . The images are startling, the colors brilliant, the passion palpable." -Associated Press The monumental two-volume original edition of African Ceremonies has sold a remarkable 30,000 copies in the United States alone at a retail price of $150. Now Abrams is proud to publish a newly designed, very affordable one-volume edition of this definitive work on the traditional rituals of Africa, containing more than half the magnificent photographs that were in the original edition plus new images that will focus fresh attention on specific ceremonies. Many of these rituals are vanishing; never have they been portrayed with the intimacy and skill that Carol Beckwith and Angela Fisher bring to this glorious book. The book is accompanied by an audio CD of African ceremonies.

Carol Beckwith and Angela Fisher have been photographing in Africa for over 30 years. Together and separately they have produced several widely acclaimed, award-winning books, including Abrams' Maasai, Africa Adorned, African Ark, Nomads of Niger, and the original two-volume edition of African Ceremonies. Their work has appeared in National Geographic, Time, LIFE, People, The New York Times, and elsewhere. Beckwith and Fisher lecture frequently. They both live in London when not traveling. Malidoma Patrice Somè teaches, lectures, and conducts workshops in initiation rituals and shamanism around the world, and has published several books and audiotapes. He lives in Oakland, California.