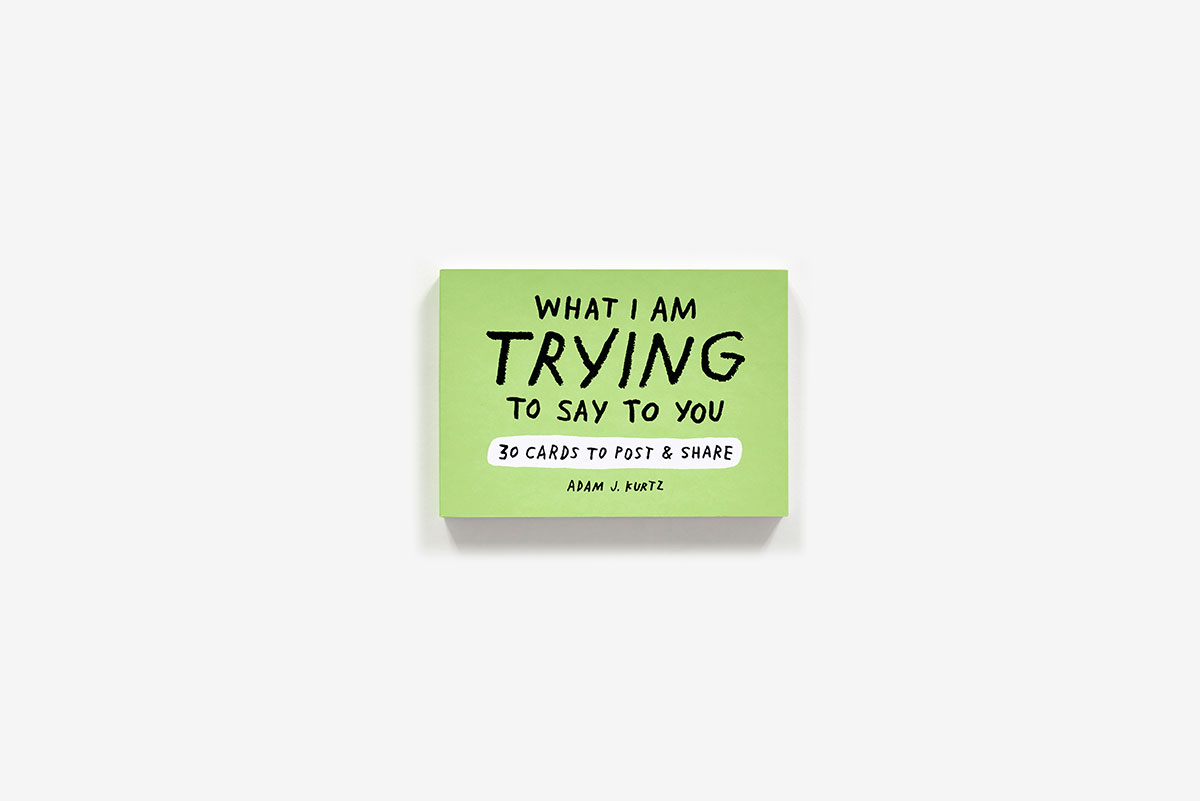 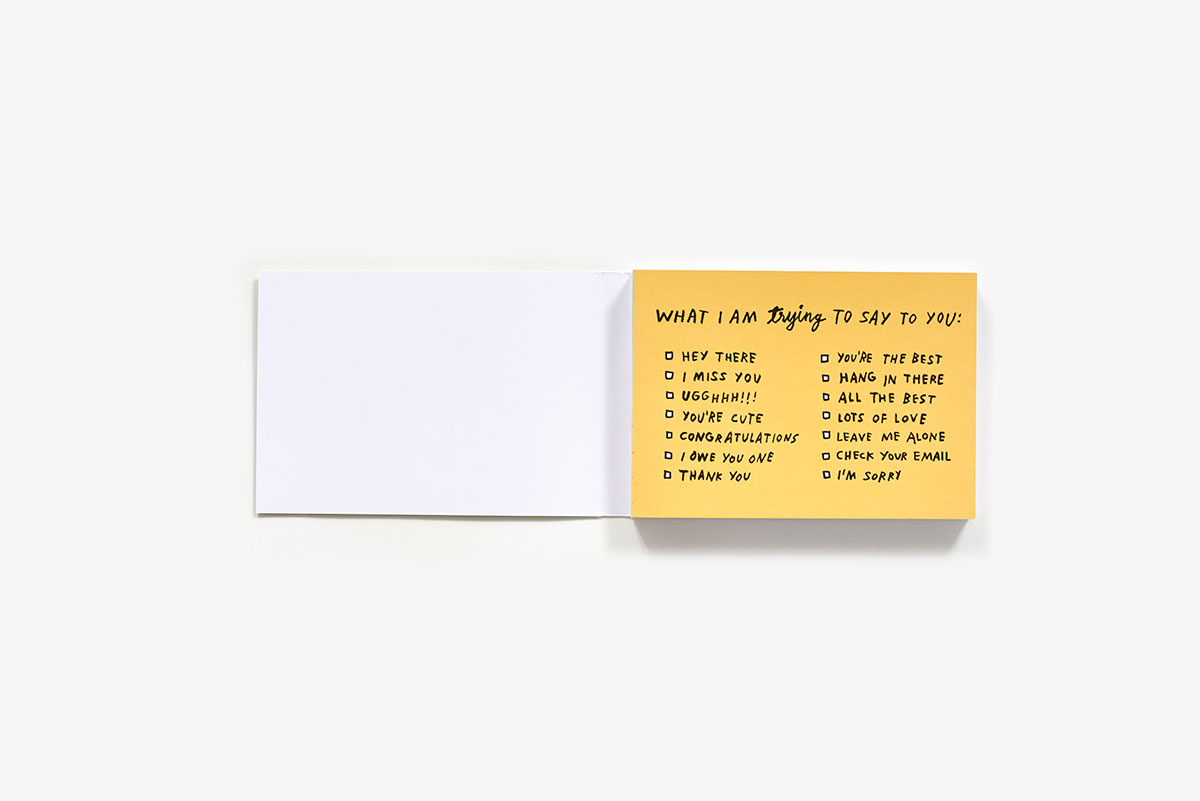 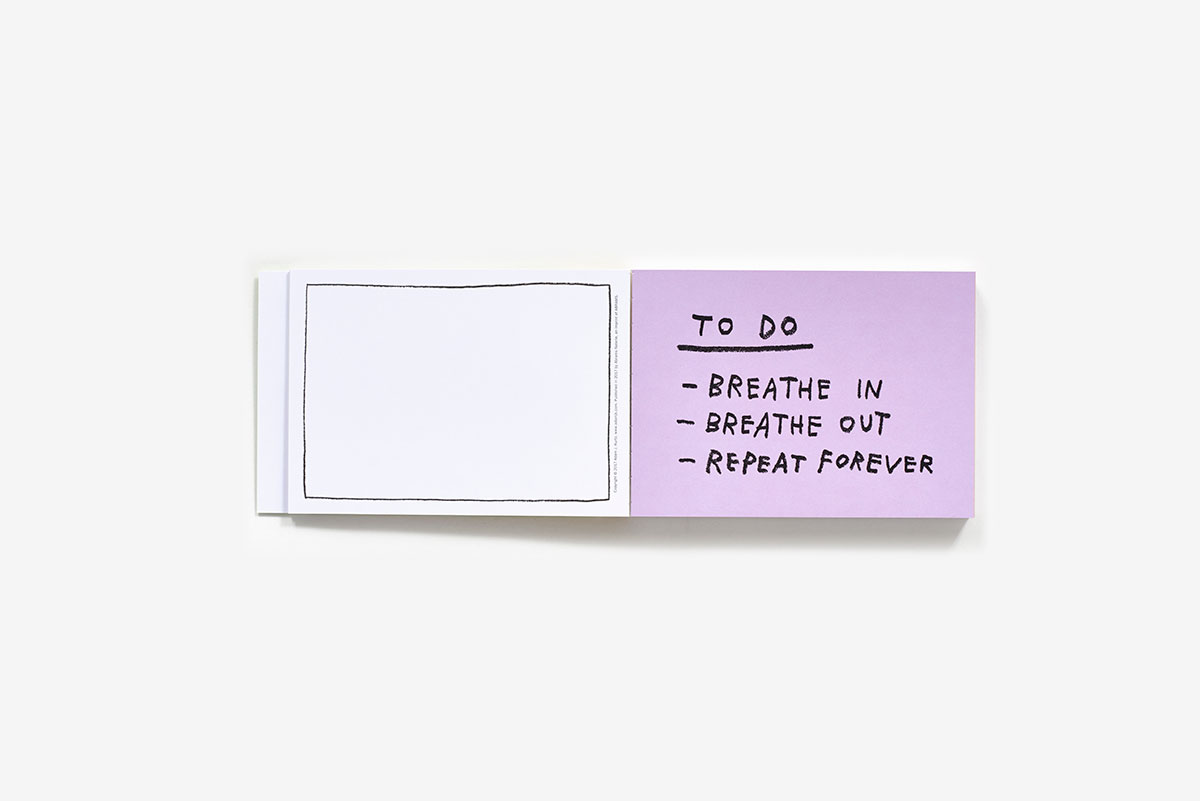 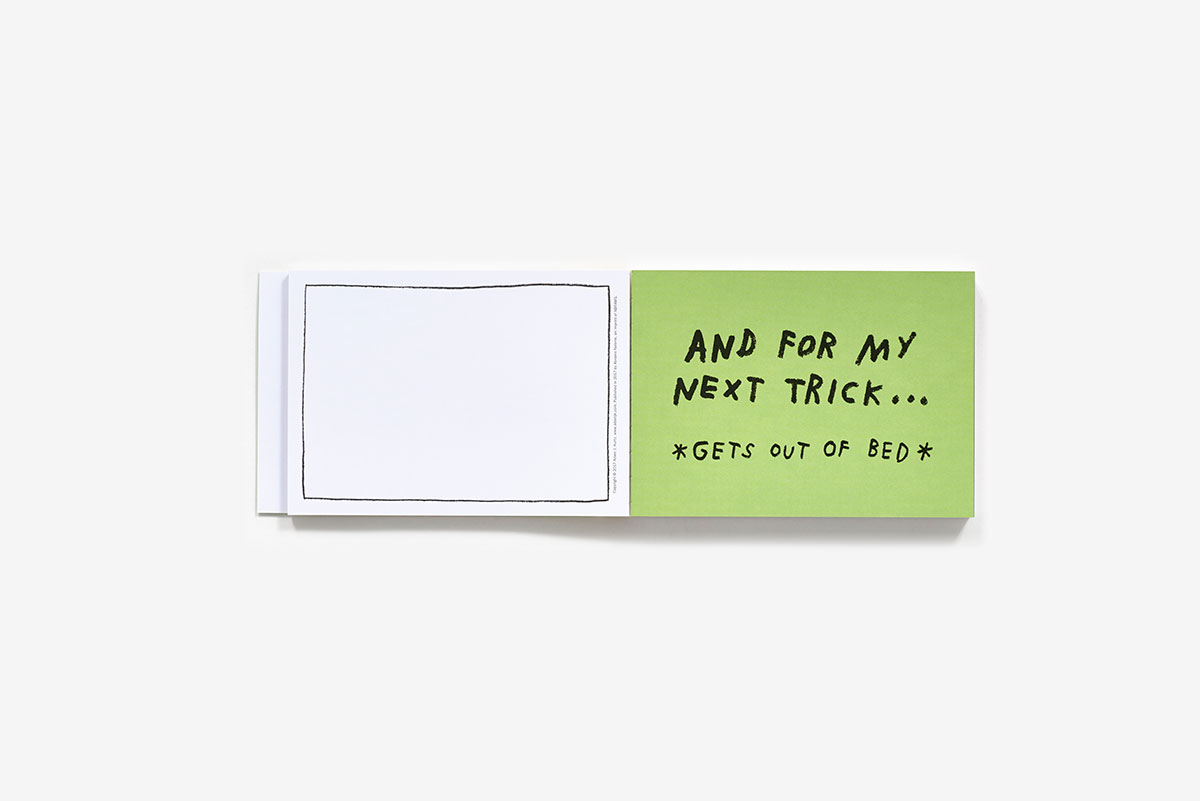 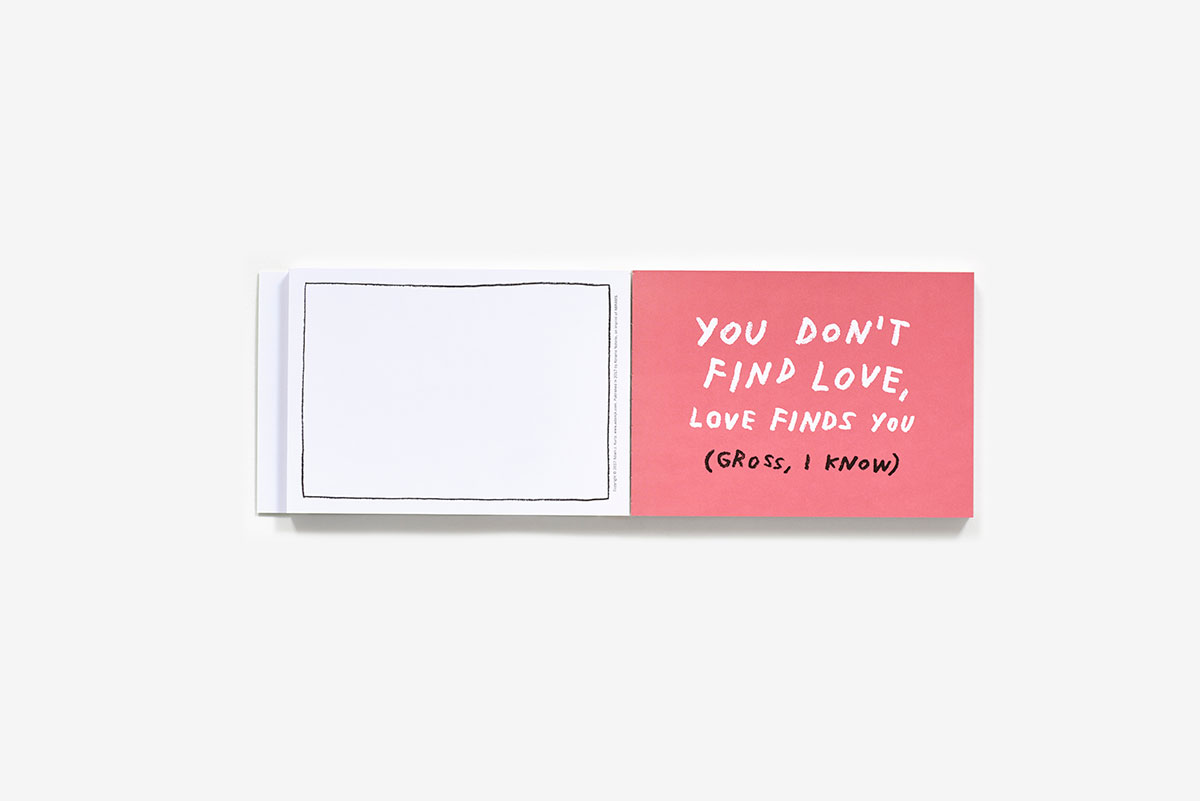 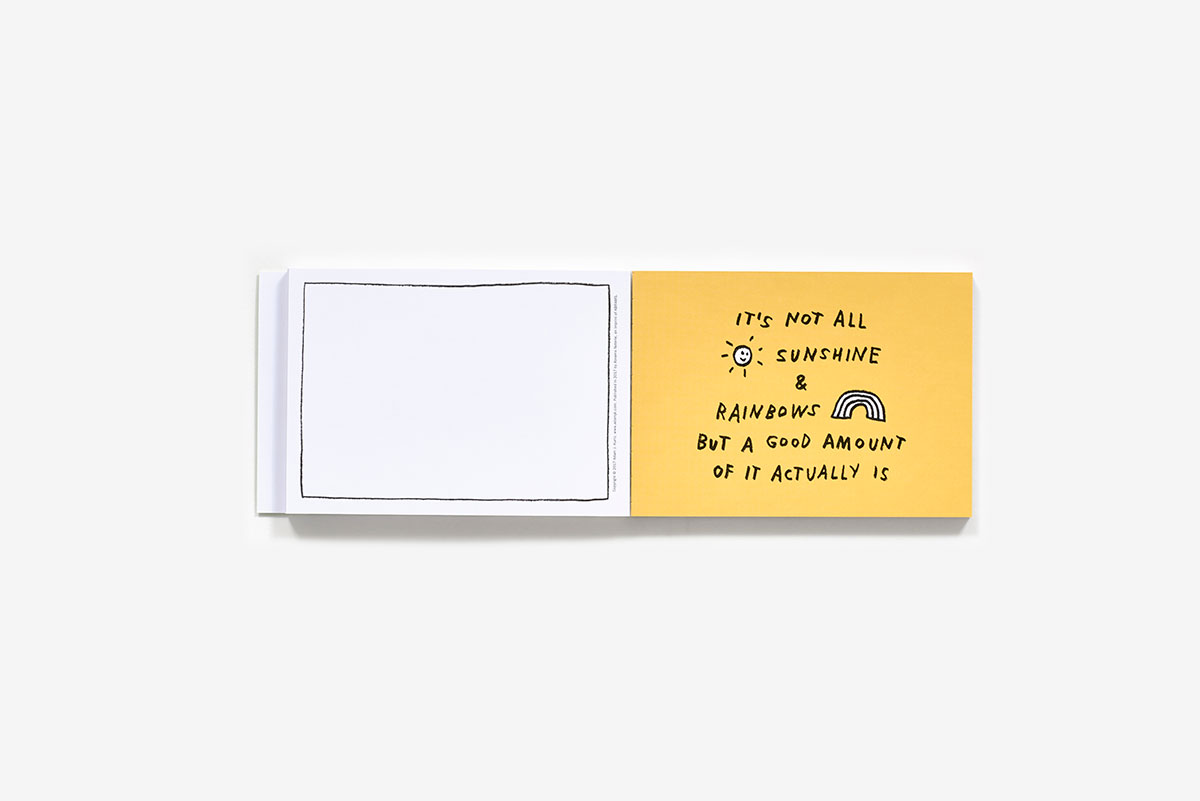 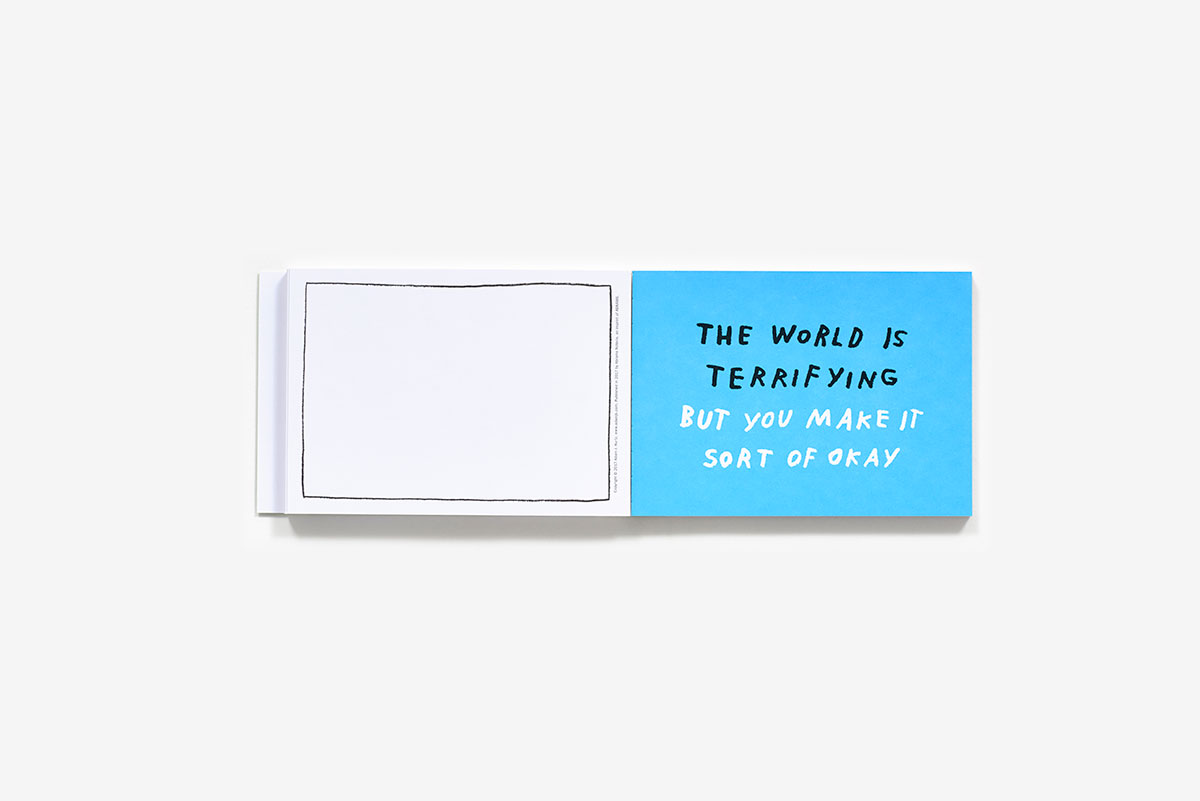 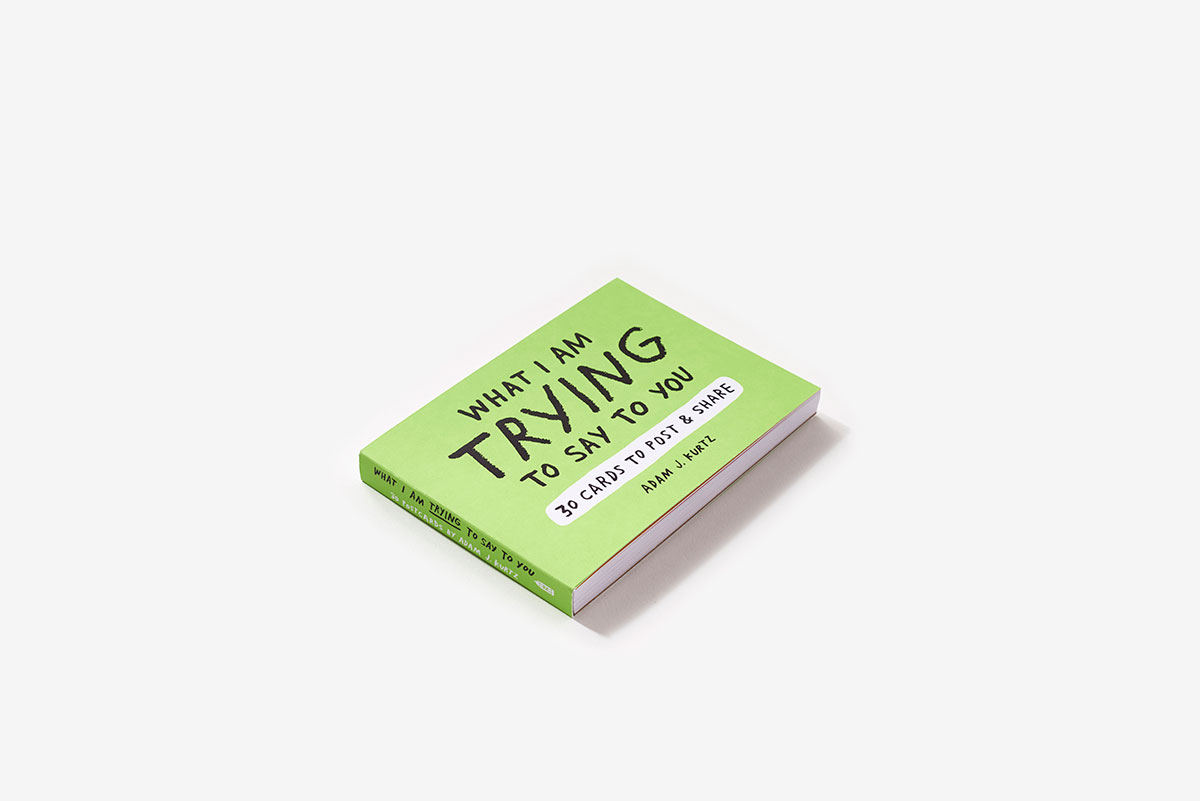 Buy
Adam J. Kurtz What I Am Trying to Say to You: 30 Cards (Postcard Book with Stickers)
30 Cards to Post and Share
By Adam J. Kurtz DBA ADAMJK LLC

Everyone’s always celebrating something or accomplishing goals or whatever and it’s exhausting! Years ago, you had days or weeks to send a card. Now you have seconds to reply. To relieve the pressure, Adam J. Kurtz, graphic designer, artist and author of the international bestseller 1 Page at a Time, has created a book of 30 postcards (and a bonus sticker sheet!) that will help you say what you need to express, but maybe can’t. Send them via post (like with a stamp) or snap a pic to text or post online. (You can even just hang them up and look at them) No matter how you communicate, they’re here to help.

Adam J. Kurtz is an artist and author whose first book, 1 Page at a Time: A Daily Creative Companion, has been translated into over a dozen languages. He’s collaborated with brands like Tumblr, Urban Outfitters, Strand Bookstore and Fishs Eddy, and been featured in Paper, Nylon, Print, Design*Sponge, BuzzFeed and elsewhere. In 2016 he was named one of PRINT Magazine’s “15 Under 30” New Visual Artists. His next book, Pick Me Up: A Pep Talk for Now & Later, will be published by Penguin Random House in October 2016. He lives in New York City, where he enjoys listening to Alanis Morissette, smiling at dogs and eating bread. For author updates, visit adamjk.com or follow @ADAMJK.