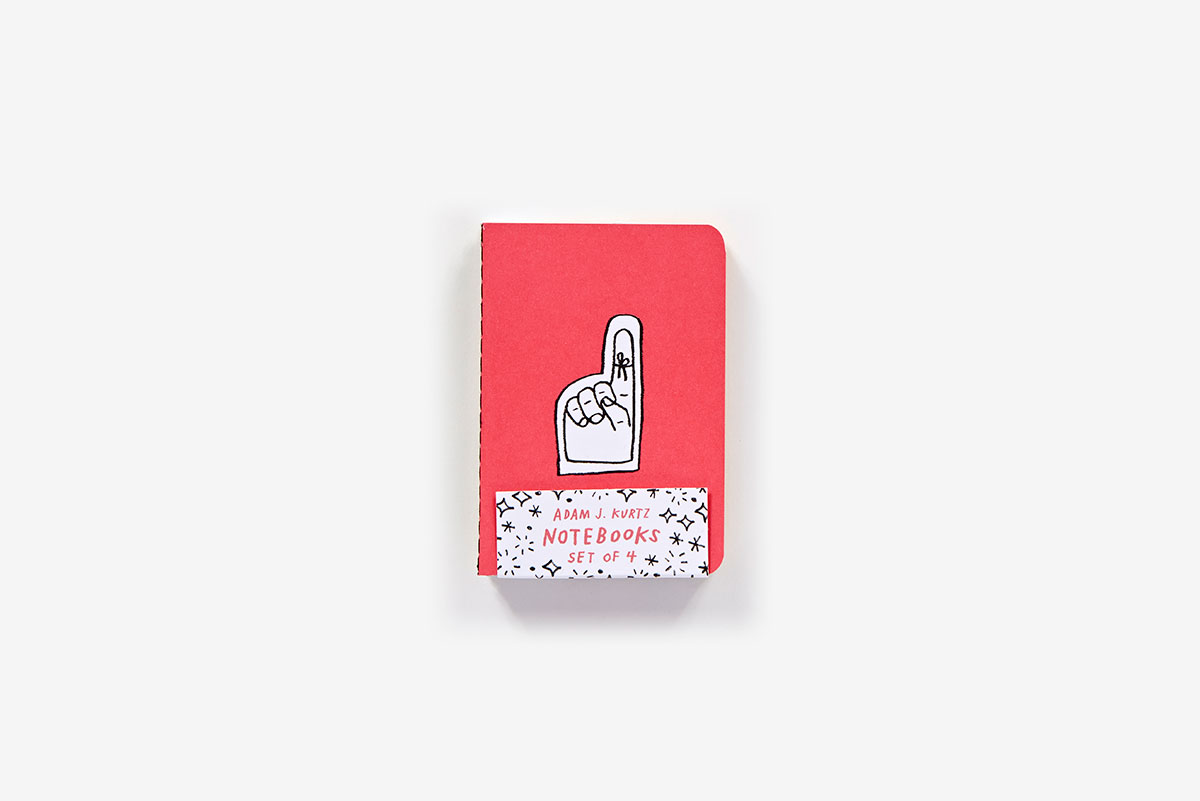 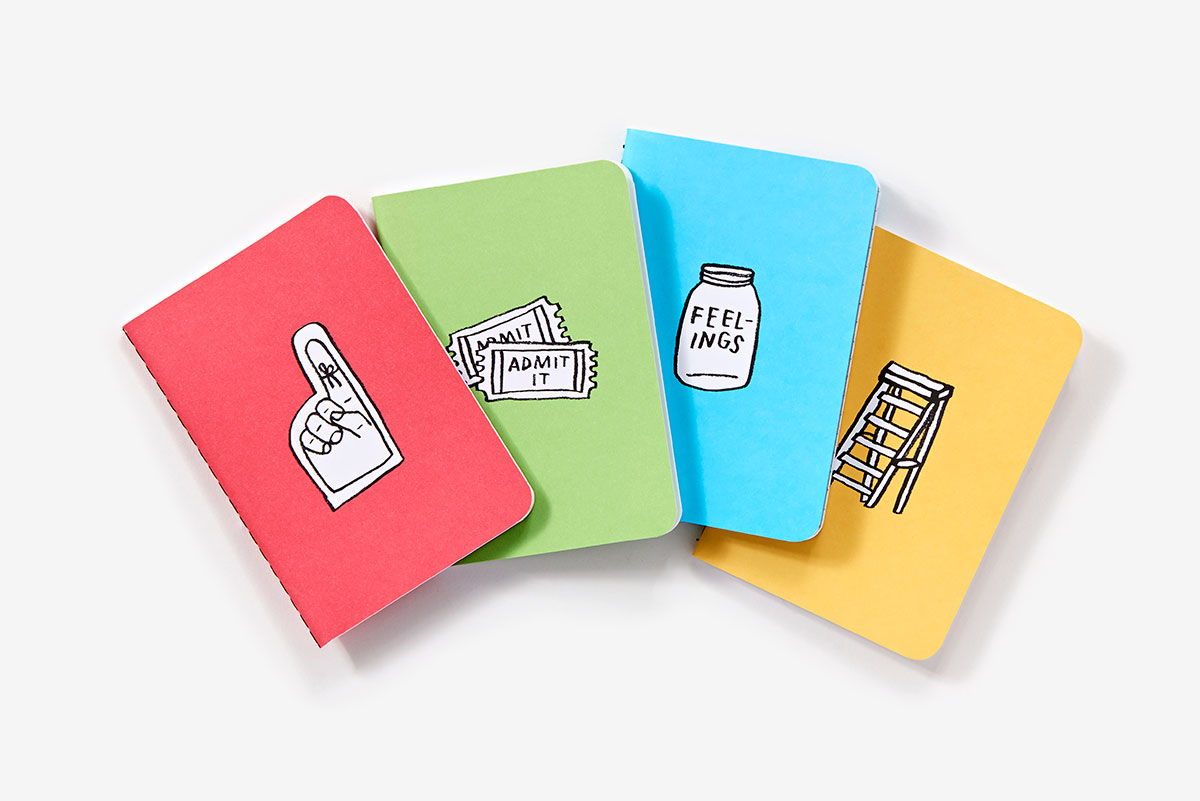 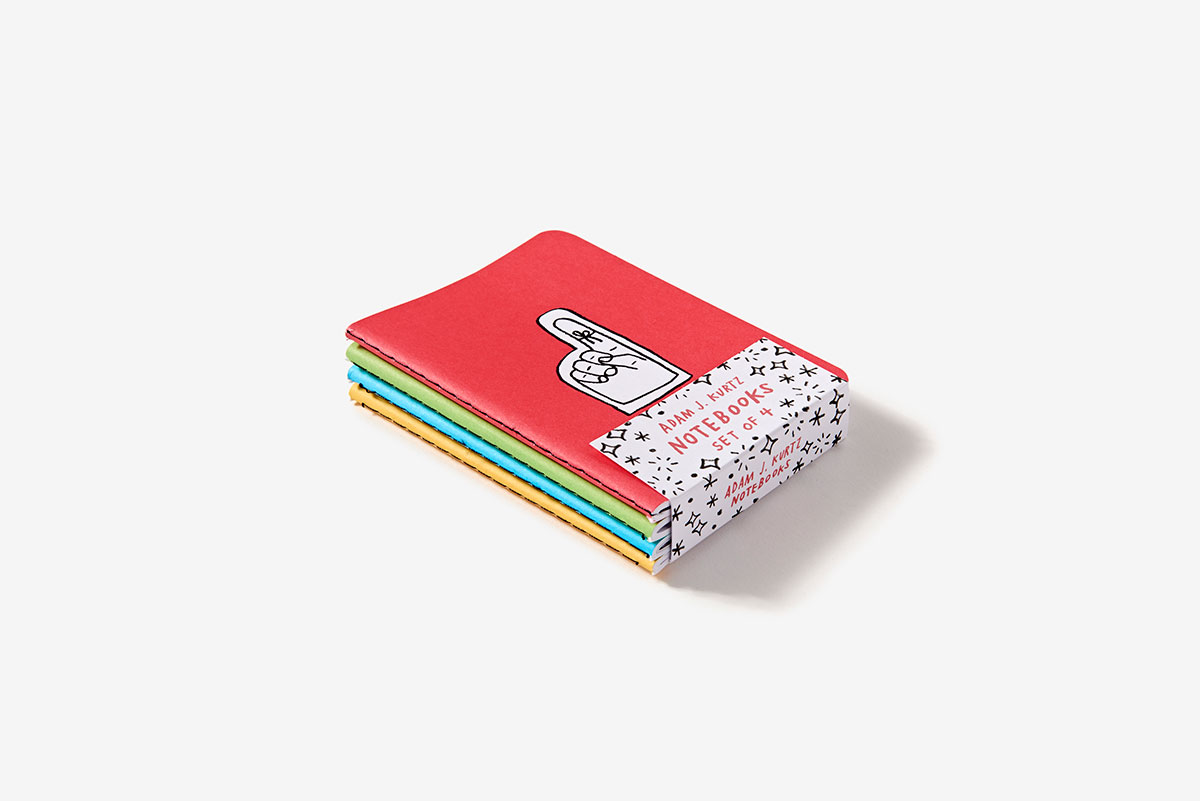 Track plans, jot down reminders, scribble confessions, and anything else that comes to mind with this set of pocket-sized notebooks created by Adam J. Kurtz, graphic designer, artist and author of the international bestseller 1 Page at a Time. Each of the four notebooks has a bright, textured cover and a different interior (one is lined, one has graph paper, one has a dot grid, and the other is completely blank).

Adam J. Kurtz is an artist and author whose first book, 1 Page at a Time: A Daily Creative Companion, has been translated into over a dozen languages. He’s collaborated with brands like Tumblr, Urban Outfitters, Strand Bookstore and Fishs Eddy, and been featured in Paper, Nylon, Print, Design*Sponge, BuzzFeed and elsewhere. In 2016 he was named one of PRINT Magazine’s “15 Under 30” New Visual Artists. His next book, Pick Me Up: A Pep Talk for Now & Later, will be published by Penguin Random House in October 2016. He lives in New York City, where he enjoys listening to Alanis Morissette, smiling at dogs and eating bread. For author updates, visit adamjk.com or follow @ADAMJK.