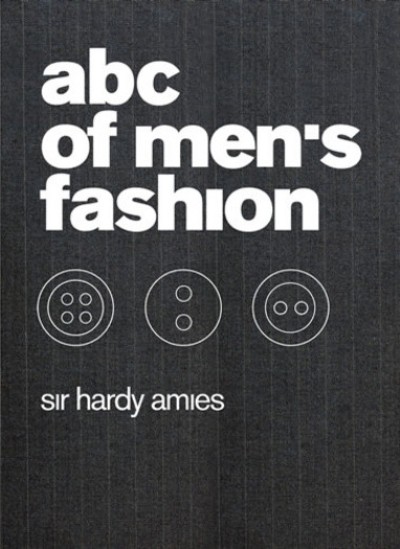 "A man should look as if he has bought his clothes with intelligence, put them on with care, and then forgotten all about them."

For all men—and indeed all women who are interested in men's clothes—here is an alphabetical guide to men's fashion written with wit and expert knowledge. From the etiquette of dressing for all occasions to the meaning of technical terms, Hardy Amies's skillful eye guides you safely through style decisions on everything from blazers and brogues to skiing and sandals. No man can afford to be without this classic style bible.

"There's no such thing as a designer of menswear-—it's only history. The suit around the world is based on the english suit, which began in about 1670.

Any man, whether he's american, japanese, french or whatever, who wants to be seriously well dressed, looks to the englishman's suit for how to achieve it."—from abc of men's fashion

Sir Hardy Amies died in 2003, but his legacy and style continues under his protÃ©gÃ© Ian Garlant at Hardy Amies Plc. He opened his fashion house in 1945 and became Dressmaker by Appointment to Her Majesty The Queen. Famous for menswear and his keen eye for classic style, Amies had a regular fashion column in Esquire magazine.