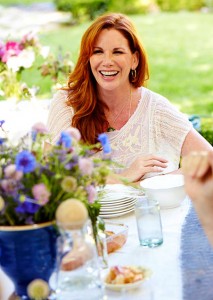 Melissa Gilbert starred as Laura Ingalls on the hit show Little House on the Prairie. Post–Little House, Gilbert has appeared in Lifetime movies, served as president of the Screen Actors Guild, and wrote Prairie Tale: A Memoir. Most recently, she was a contestant on ABC’s Dancing with the Stars. Gilbert is married to fellow actor Timothy Busfield.