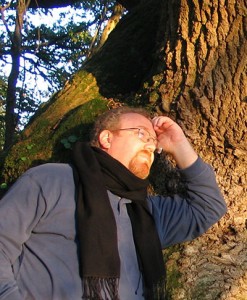 Dr. Ari Berk is a writer, visual artist, folklorist/mythologist, teacher, screenwriter, and film consultant. Professor of Myth and Folklore at Central Michigan University, his publications include works on myth and ancient cultures, as well as popular books for both children and adults. Ari’s most recent titles are the GOBLINS! Anniversary edition (with artist Brian Froud); Death Watch, Mistle Child and Lych Way (The Undertaken Trilogy) that the School Library Journal called "reminiscent of the classic gothic works of Nathaniel Hawthorne and Shirley Jackson"; Nightsong (illustrated by Loren Long); and The Secret History of Giants (winner of a NCTE Notable Award). He has studied at Oxford University in England and, at the University of Arizona, was mentored by Pulitzer Prize-winning author N. Scott Momaday. Ari and his wife, Renaissance scholar Dr. Kristen McDermott, co-authored William Shakespeare—His Life and Times, which won the British School Library Association's Children's Choice Award for best non-fiction book in the UK. They live with their son at the edge of a wood in the heart of Michigan.

Visit him on the web at: www.AriBerk.com